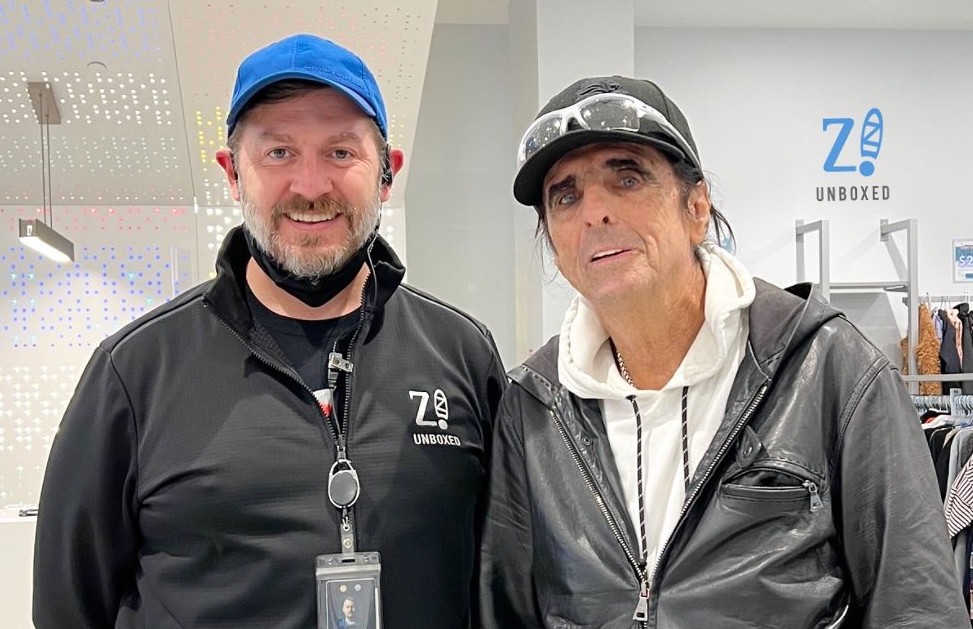 Alice Cooper made a stop at Zappos Unboxed before his concert was postponed.Photo via Zappos Louisville/Facebook

Legendary shock rocker Alice Cooper was supposed to have played at the Louisville Palace tonight, but, like pretty much everything else in Louisville today, his concert has been postponed because of the ice storm.

The Palace announced the postponement yesterday.

Cooper’s publicist Amy Sciarretto told LEO this morning that a new date for the show has not yet been announced.

Before the concert was postponed, though, Cooper was able to make at least one stop in Louisville: Zappos Unboxed at Mall St. Matthews.

The store published a photo on Facebook yesterday showing Cooper with a staff member.

Another fan also took a photo with Cooper at the store, which WLKY shared yesterday.

Cooper’s best-known hits include “School’s Out,” “Feed My Frankenstein,” “Welcome to My Nightmare,” and “Poison.”