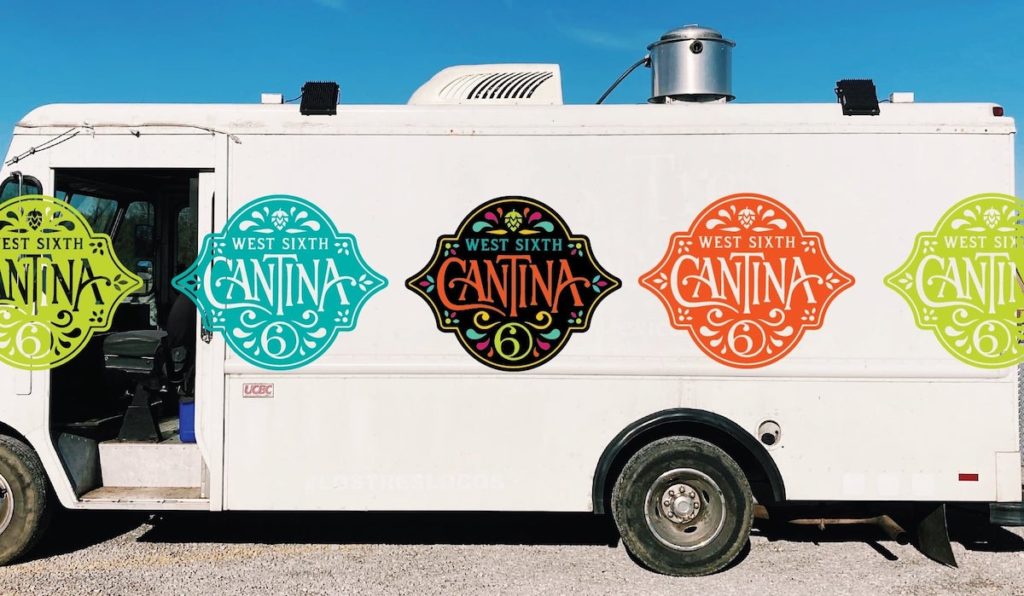 You may know West Sixth Brewing from their outpost in NuLu, their 120-acre farm location outside of Frankfort, or either of their other two locations in Kentucky.

This spring, they’ll open another venture: a food truck.

The truck, called West Sixth Cantina, will serve classic Mexican and Tex-Mex favorites like burritos, tacos, and quesadillas –– plus, of course, beers.

With that in mind, Hieronymus said, serving Mexican food just made sense: it pairs well with beer, it’s easy to eat, and it’s something that customers of all ages enjoy.

Although the Cantina will primarily operate at West Sixth Farm, it’ll make weekly appearances in Louisville at West Sixth NuLu. Hieronymus said the brewery also plans to bring the truck to major festivals and events in the city like Kentuckiana Pride and NuLu Fest.

West Sixth will release a full schedule of appearances on the Cantina’s social media later this spring.

A press release from West Sixth said the Cantina is slated to start operating in February, but Hieronymus clarified that the start date will depend on when the company finishes hiring new staff for the truck. Right now, they’re looking for people who are “passionate about food, beer, and great customer service!” You can apply through a listing at this link.

“We are ultimately focused on making really great beer,” said Hieronymus, “and that’s been our goal since day one. But I think this is going to be a great way to start experimenting with food with West Sixth, and who knows where it can take us?”