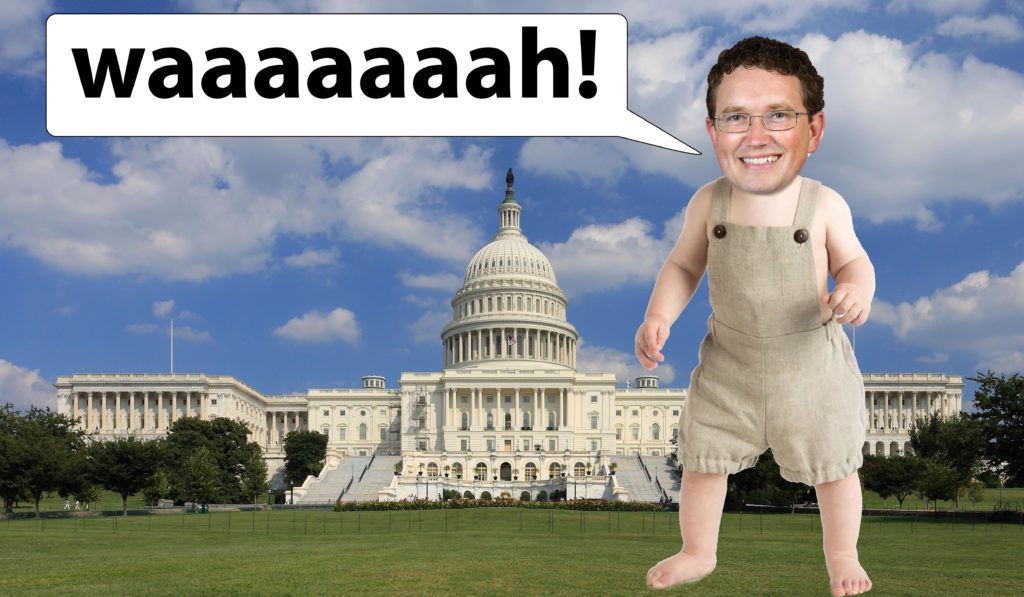 We use this picture a lot.

Both Rand Paul and Thomas Massie have recently announced that they’re giving up something to pander to their ba— we mean, something that doesn’t align with their values. Paul said he’s canceling his Direct TV subscription, because the company dropped the election-fraud-conspiracy-peddling One America News Network. And Massie said he’s no longer patronizing D.C. restaurants, because of the District’s vaccine mandate. What these politicians fail to realize is that their petty gesture is not going to change anything. Because these moves from Direct TV and D.C. are being done for moral reasons, not just monetary ones: to protect Democracy and lives.

Somehow, Indiana’s anti critical race theory bill is beating Kentucky’s in terms of horribleness.  A provision in House Bill 1134 that would have required Indiana public school educators to remain impartial about what they teach had to be changed last week after the Senate version’s author said during a hearing that this would also apply to Nazism and fascism. Racism, though? Apparently that’s still cool to be neutral on. When asked if teachers could say that racism is bad, Rep. Tony Cook said, “Teach the facts. The facts will talk to students. Students will make and form and fashion their opinions about those.” Fact: Cook is in the wrong.

Despite working in an environment surrounded by food, more than 75% of Kroger workers meet the U.S. Department of Agriculture’s definition of “food insecure,” according to a new report from Economic Roundtable, which involved surveying more than 10,000 Kroger employees across three states. These are also the people who have endured torrents of abuse from customers during the pandemic, as well as increased exposure to coronavirus. So, what do we do? Conveniently, the report also recommends changes for the corporation: Pay workers $22 an hour, add more full-time positions, provide housing assistance and offer a 50% discount on food.

What would Col. Harland Sanders think about KFC’s new plant-based chicken? Would he be proud of the innovation or would he continue his vendetta against the fast food brand’s quality? (Sanders was known to call KFC gravy “sludge” after he sold the company.) We don’t know, but our food critic Robin Garr had some words for the new menu item in an article you can find here. Here’s a taste test: “I’d get them again, while this test run lasts,” Garr wrote.