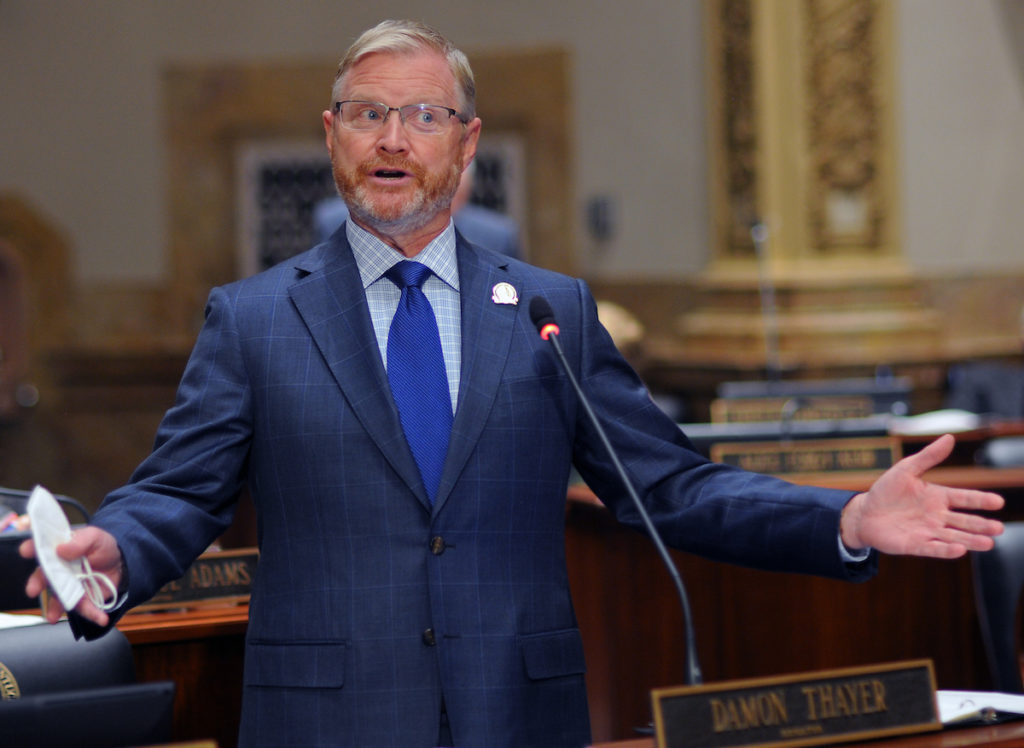 Kentucky Republican Floor Leader Sen. Damon Thayer doesn’t care if you, or any other Kentuckian, want medical marijuana legalized. In a KET interview, the Georgetown lawmaker said he doesn’t support it, even though he knows his constituents do. “If they don’t like it they can take it out on me in the next election,” he said. Kentucky lawmakers know they can keep getting reelected if they have a bit of power and an R in front of their name. Mitch McConnell’s been doing it for years. Maybe it’s time to show them that they can’t. Of course, Thayer isn’t up for reelection until 2024. Perhaps that’s why he’s feeling so bold.

ROSE: A Solid Nominee For District 42

The Louisville Democratic Party has chosen their nominee to run for Rep. Reginald Meeks’ state House seat as the longtime lawmaker prepares to retire. And their selection was refreshing. Keturah Herron is a former ACLU lobbyist who pushed for Louisville and Kentucky to ban no-knock warrants. She’d also be the first openly LGBTQ House member in Kentucky’s history. Of course, she’s not the only promising candidate: Robert LeVertis Bell, a democratic socialist and public school teacher says he will also be on the ballot for the special election in February. But, we’re looking forward to choosing between at least two candidates who could represent Louisville well.

Louisville closed out another blood-soaked year with a record-breaking 188 homicides in 2021. And the crime wave does not show signs of stopping. The shooting that resulted in the first homicide of 2022 occurred on New Year’s Day. Perhaps Louisville’s greatest hope of stemming the tide of violence is stricter gun laws. But, the Kentucky legislature only seems interested in making it easier for people to get their hands on firearms in the current legislative session. (See this week’s news story.)

ROSE:  A Reprieve From Rand

Kentucky Sen. Rand Paul announced that he will no longer be posting to YouTube… unless it’s to criticize the platform, which has suspended him in the past for spreading COVID misinformation. Instead, he’ll be taking his rantings to the echo chambers of conservative social media sites. Now, if only he’d give up Twitter.