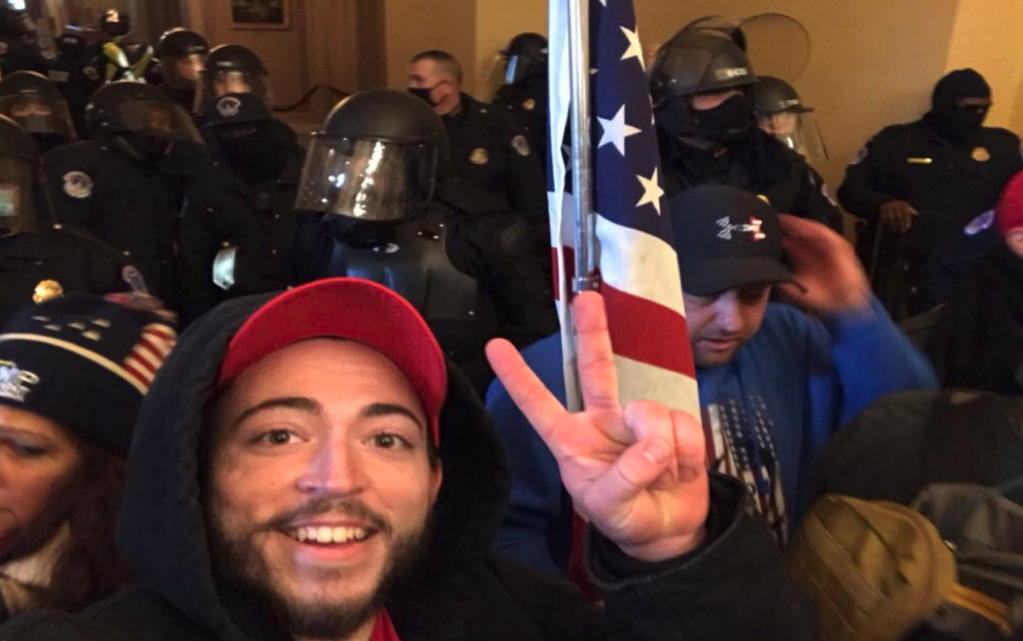 Dalton Crase said, "This is not right," as he walked through the U.S. Capitol on Jan. 6. But, still, he proceeded and even took selfies.Via court records

Two friends from Lexington, who entered the U.S. Capitol together during the Jan. 6 attack, have now been sentenced together.

Dalton Crase, 22, and Troy Williams, 27, are now the fourth and fifth Kentuckians to be sentenced out of the 17 that have been arrested. On Thursday, they were ordered to serve three years probation, 15 days of intermittent confinement, 60 hours of community service and pay $500 in restitution.

They both pleaded guilty to one charge of parading, demonstrating, or picketing in a Capitol building. The maximum sentence for this charge is six months in jail.

U.S. District Court Judge Carl Nichols said he considered the sentence to be more serious than most others he has ordered, due to Crase and Williams’ actions on Jan. 6, although he praised their expressions of remorse since.

Crase and Williams, who are both in their 20s, attended then President Donald Trump’s Stop the Steal rally on Jan. 6, and then made their way to the Capitol, observing battered metal barriers on their way and other rioters pushing police on the grounds, according to videos that Willliams handed over to the federal government. They wandered around the building and its grounds for over two hours amid sounds of alarms, chanting “USA” and observing and commenting on rioters destroying property.

“This is not right,” Crase can be heard saying on video.

Williams later says in a video that the rioters are there “to let them know that when push comes to shove, we will fight.”

At the sentencing, Nichols said that, because of Crase and William’s level of knowledge about the violence that occurred at the Capitol that day, and their willingness to enter the Capitol building despite what they saw on their way, their case was more problematic than many others he has overseen.

Crase spoke briefly and, amid sniffles, referred to a letter he had submitted to the court.

A little over a week after Jan. 6, Crase told the FBI that he thought it was “dumb” that he and Williams had entered the Capitol.

Nichols said that the intermittent confinement that Crase and Williams have been sentenced to is often served out at jail or a halfway house.

So far, out of the Kentuckians sentenced, only one other has been ordered to serve time in jail.