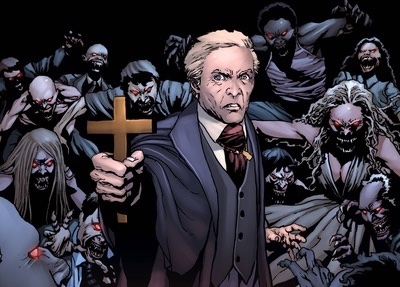 Do yourself a favor and watch "Fright Night" before reading this comic reboot.

Nope, it’s not that Tom Holland. This is the Tom Holland who wrote and directed the 1985 cult movie “Fright Night.”  The book opens with a peek at some pretty scary looking vampire types, including a queen, but quickly moves into a retelling of the original movie plot by none other than Peter Vincent himself. Peter, if you don’t remember, or haven’t seen the movie, was the host of late night TV showings of horror movies. When real “live” vampires move next door to one of his viewers, the boy asks for his help exterminating the undead.  Now, Peter has written a book documenting his experience (no spoilers!) that he and his agent have frequent differences of opinion on whether to call fiction or nonfiction.

Meanwhile, the queen from the beginning has made her way into town.  Not only is she already doing evil things, but she’s bought the Dandridge house. The same house that the vampire lived in in the movie!  Do yourself a favor and if you haven’t seen “Fright Night,” go watch it and then check out this next chapter in the story. The writer and the artists have great respect for the source material and it shows.  This looks to be great fun, not only for fans of the movie, but for fans of great comic storytelling.

The Earth has got problems. And according to “Swamp Thing: Green Hell No. 1,” the problems of today are just the beginning. This book opens with a father and daughter fishing, hoping to catch dinner. Unfortunately, the only thing they catch in their nets is garbage and junk.  Disappointed, and still hungry, they head home to the island they live on. Soon though, we find the horrifying fact out that this “island” is actually all the land that’s left on planet Earth. 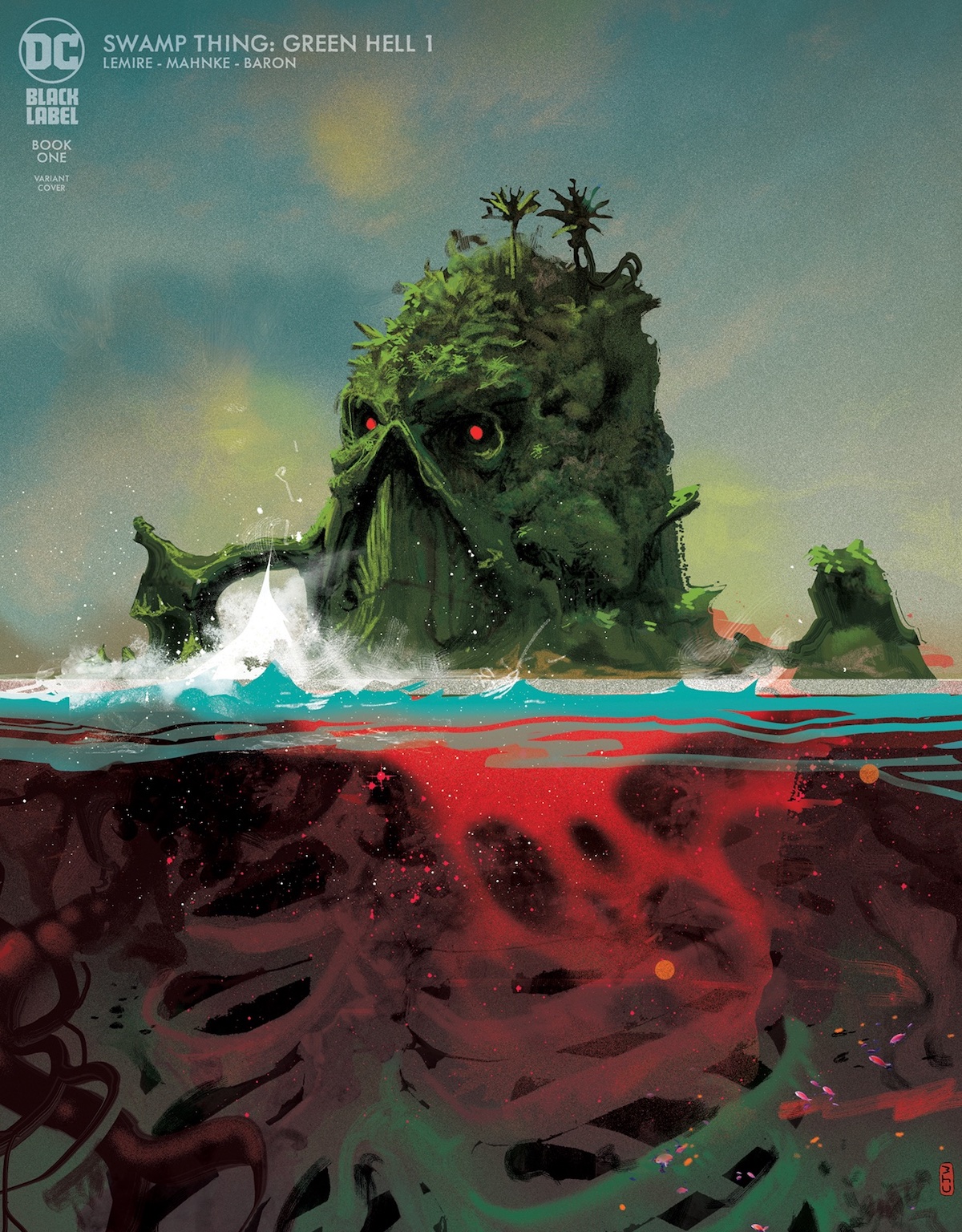 If that’s not scary enough, supernatural entities have decided that humanity’s time on Earth is over and it’s time to hit the reset button. But, John Constantine has other ideas and calls on his old friend Alec Holland. Alec is known to the rest of us as Swamp Thing.

Swamp Thing has gone through a few different characterizations, and this guy is the deep, God-like being, who, hopefully, can save not only humanity but maybe give a helping hand to the Earth as well.  We’ll see! Can’t wait to see what issue #2 brings!