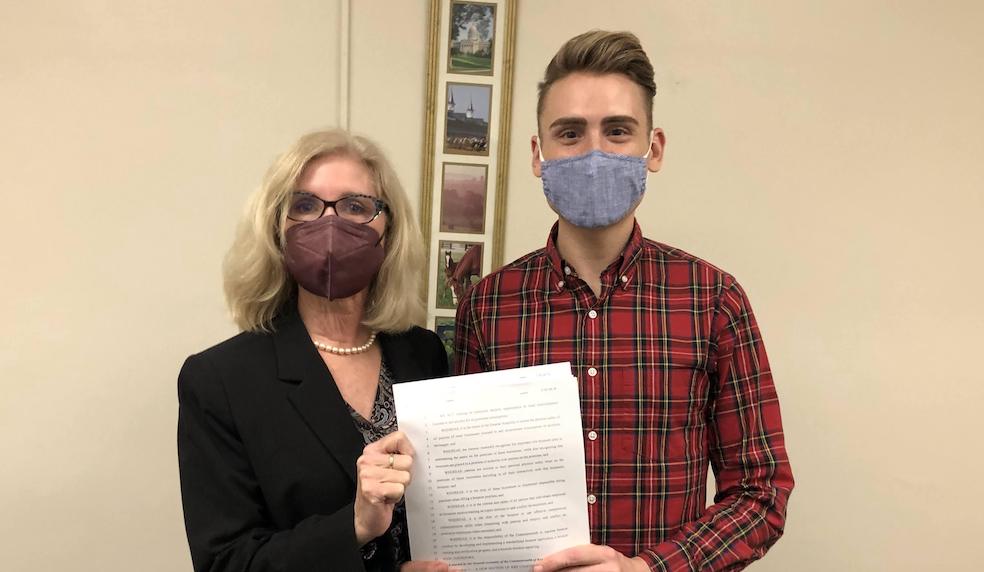 Rep. Lisa Willner with Nicholas Clark, whose husband was killed in an altercation with a bouncer.Provided photo

On Jan. 5, 2020, Christopher McKinney died after an altercation with a bouncer at Nowhere Bar.

Today, exactly two years after the incident, Rep. Lisa Willner filed legislation to increase safety, training, hiring standards and transparency for security workers and the bars and nightclubs that employ them.

If passed during the currently underway state legislative session, the bill would be called “Christopher’s Law.”

“I began working with his loved ones just a few months after he died to find the best way to close those gaps,” Willner said.

The legislation would require the Department of Alcoholic Beverage Control to prepare a standardized bouncer application form, which would require prior experience, including disclosing any incidents that involved serious injury of a customer. Businesses would be required to use the form, and file a report with the ABC in the case of a bouncer-involved violent incident. The ABC would also have to create a system that logged those reports. And bouncers would not be allowed to drink alcohol while working.

Christopher’s widower Nicholas Clark said in a statement that more training is essential to create a safe environment.

“The purpose of Christopher’s Law is to enhance the safety of bar patrons from unnecessary acts of violence by bouncers/security at bars and nightclubs,” he said. “Passing Christopher’s Law will save lives, while also benefiting the livelihood, reputation and safety of bars and nightclubs. I’m proud to work with Representative Willner on this critically important matter and in honor of my husband.”

Willner filed a “Christopher’s Law” bill on Jan. 5, 2021, during last year’s session, but it did not gain enough traction to pass.

“Our legislation received bipartisan support last year from many of my fellow House members, and our hope is that the current legislative session is when Christopher’s Law becomes reality,” Willner said.