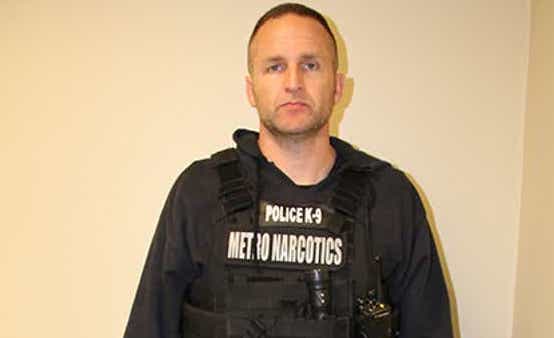 In an order issued on Thursday, Judge Ann Bailey Smith said journalists and members of the general public would be allowed to observe the questioning of potential jurors in the upcoming trial of former LMPD detective Brett Hankison, which begins next week. However, during the questioning of jurors — known as voir dire — the use of cameras by media and members of the public will be prohibited in the courtroom.

Voir dire usually takes place in a group setting, with prosecution and defense attorneys asking potential jurors questions probing potential biases ahead of a jury selection. However, the 250 potential jurors in the Hankison trial are going to be questioned individually due to the high-profile nature of the case.

In the order on Thursday, Smith wrote that taking the witness stand to submit to individual voir dire questioning is “inherently intimidating to a lay person” and that by barring cameras, “jurors will be likely to be less intimidated by this process, and therefore more likely to be candid in their responses, if they know there is no possibility that the general public and the media present at the proceeding have the ability to broadcast or otherwise record their testimony.”

The order comes one day after a hearing about a motion filed by Hankison’s attorney to bar members of the media from the courtroom during individual voir dire.

Hankison is charged with three counts of wanton endangerment in the first degree for shots he fired during the March 13, 2020 LMPD raid that killed Breonna Taylor. The charges do not stem from Taylor’s death, but rather from bullets fired by Hankison that entered a neighboring apartment. None of the other officers involved in the raid have been charged with a crime.

> Hankison, Officer Involved In Breonna Taylor Raid, Plans To Testify At His Trial

Hankison’s attorney, Stewart Matthews, had argued that the presence of media during the juror questioning in such a high-profile case could skew the answers of prospective jurors.

“My goal in filing this motion is not to start a war with the media,” Matthews said during a hearing on Wednesday. “Rather, my goal is to do everything in my power to ensure that Brett Hankison can be tried by a jury that is fair, that’s impartial and that’s unbiased.”

Matthews had previously sought to move the trial out of Jefferson County, but that motion failed.

Matthews said in his experience, the presence of the media in the courtroom “has a chilling effect” on the candor with which prospective jurors respond to questions.

At the hearing on Wednesday, Smith said she shared Matthews’ concern about the candor of jurors when questioned in a courtroom in front of the media and the public, and that such a setting can be intimidating and have an effect on their responses.

However, she said, “we cannot just close down individual voir dire.”

Attorney Michael Abate, representing the Courier Journal, WDRB and the Associated Press in opposing Matthews’ motion, said what the defense was requesting was “flatly unconstitutional” and diverged from the media coverage rules of other high-profile cases.

Abate argued that the public being allowed to see the jury selection process establishes  confidence that a fair jury has been selected.