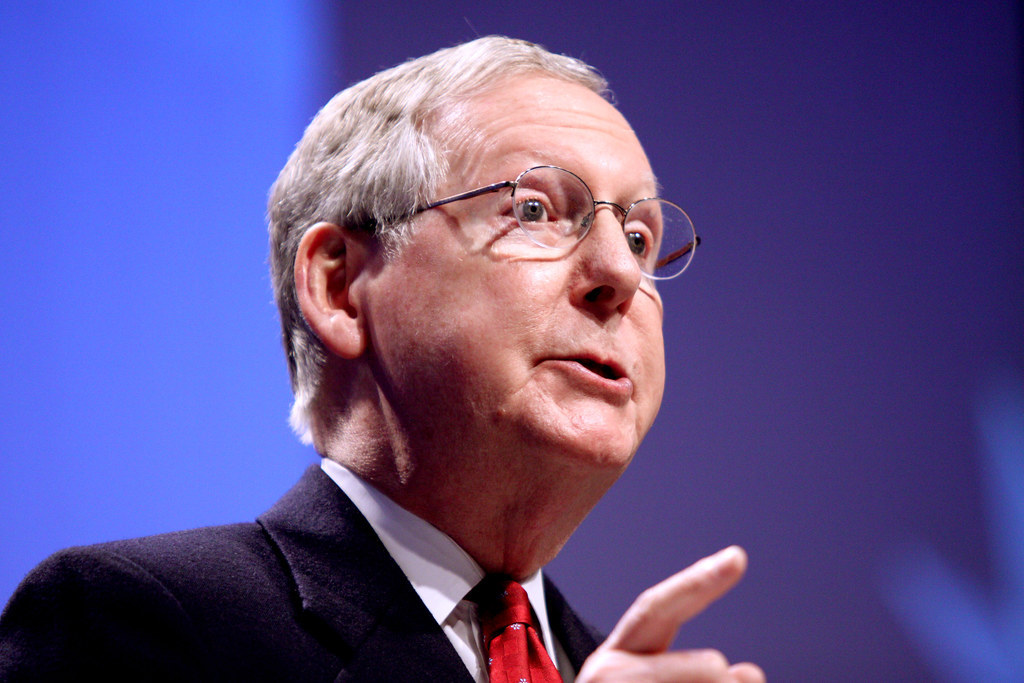 After helping to crush a voting act named for a celebrated civil rights leader, U.S. Senate Minority Leader Mitch McConnell made a comment where he categorized African Americans and Americans into two different groups.

McConnell responded: “Well, the concern is misplaced, because if you look at the statistics, African American voters are voting in just as high of a percentage as Americans.”

Former Kentucky Rep. Charles Booker — who is currently running for the U.S. Senate against Rand Paul — tweeted out the clip, with his own comment:

I need you to understand that this is who Mitch McConnell is.

Being Black doesn’t make you less of an American, no matter what this craven man thinks.
pic.twitter.com/Esk1NgIhD9

The voting rights bill that was being considered, but ultimately never moved to a final vote in the Senate, contained both the John Lewis Voting Rights Advancement Act and the Freedom To Vote Act.

The John Lewis Voting Rights Advancement Act, named for the late Georgia Congressman and civil rights activist, would restore parts of the 1965 Voting Rights Act, including that some states and counties would need pre-clearance to make voting changes, among other things.

The Freedom To Vote Act is a sweeping piece of legislation that would expand voting opportunities through the mail and in-person, make voter registration easier and attempt to address campaign finance issues, among other things.

In a statement on Wednesday, President Joe Biden said that he was “disappointed” that the Senate failed to pass the legislation.

“As dangerous new Republican laws plainly designed to suppress and subvert voting rights proliferate in states across the country, we will explore every measure and use every tool at our disposal to stand up for democracy,” Biden said in a statement. “The Vice President will continue to lead this effort, as she has for the past year.”