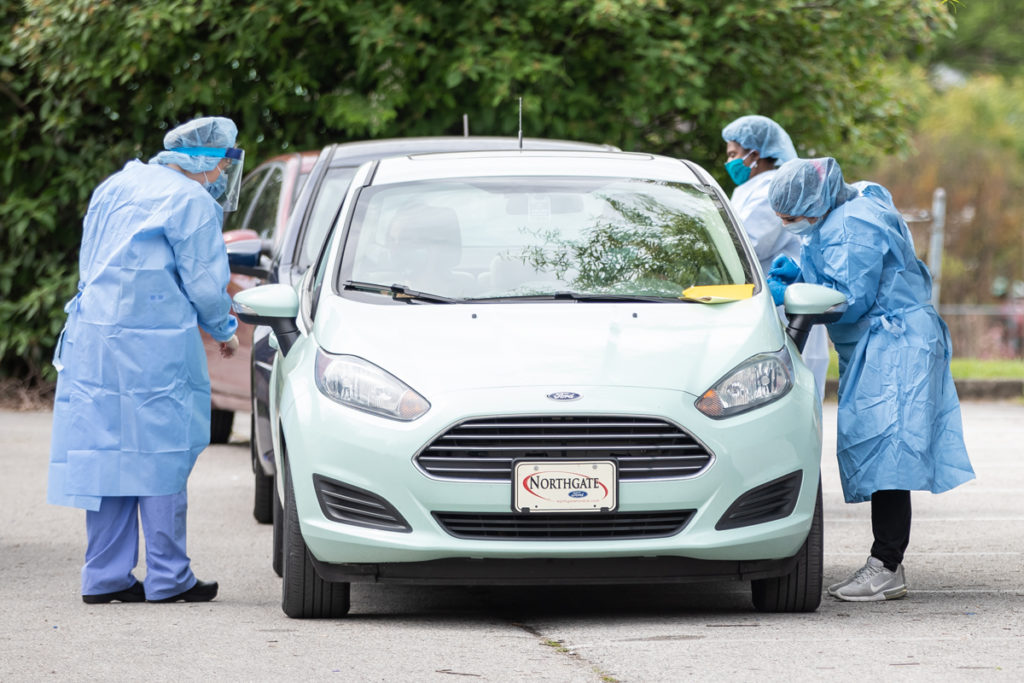 A COVID testing site from the beginning of the pandemic.Photo by Kathryn Harrington

Invoking the success of the city’s LouVax vaccination site, Mayor Greg Fischer announced today that the city has partnered with a private company to bring a mass, drive-through COVID testing site to Churchill Downs.

The site, ran in partnership with Bluewater Diagnostic Laboratory, is expected to administer 1,000 to 3,000 PCR and rapid COVID tests per day starting Monday.

The city is working to establish another testing location in West Louisville, which will be announced in the next few days.

Testing in Louisville and around the country has been strained as the state deals with the hyper-contagious omicron variant of COVID-19.

At the site, there will be six lanes, including a dedicated lane for rapid tests and another for Metro Louisville employees, including police, fire and government staff. The rest of the lanes will be open to members of the general public who want PCR tests.

To sign up for a slot at the testing site, you must pre-register by going to my.primary.health/l/churchilldowns.

Those who sign up will be required to bring a government issued ID and an insurance card. If you don’t have insurance, you’ll still be able to get tested for free.

Results should be expected within 48 to 72 hours.