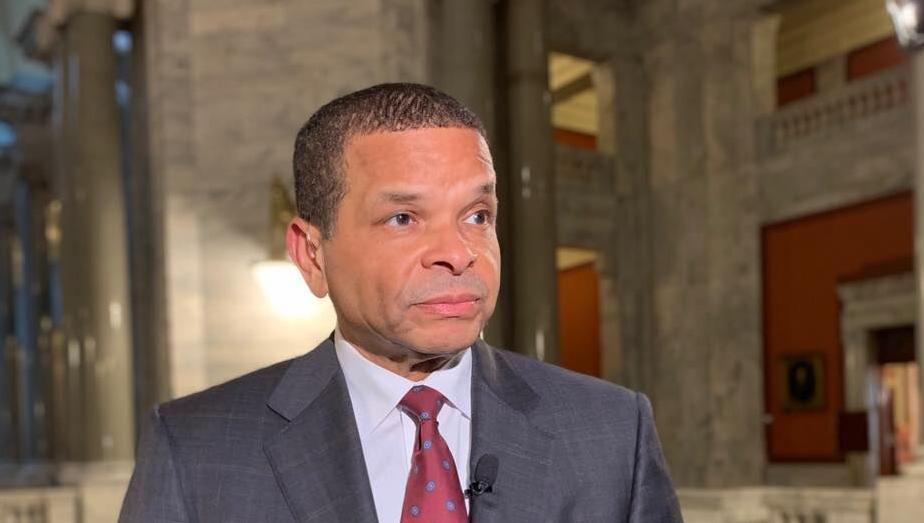 Yesterday was WDRB’s Lawrence Smith’s final broadcast with the station.

Smith is joining the Kentucky Baptist Convention as their communications director. His new role will also include becoming the executive editor of the Convention’s news outlet, Kentucky Today.

Before Smith joined WDRB in 2012, his career in journalism, which started in 1976, included time at WAVE 3 and WHAS 11, in addition to stations in Lexington, Houston, and Knoxville.

However, Smith took a 10-year break from working in news before he joined WDRB, during which he worked at the Southern Baptist Theological Seminary.

“Thank you for your years of service and reporting on important stories, just providing information to Kentucky in a balanced and fair way,” said Cameron. “Congratulations on your new endeavors.”

Gov. Andy Beshear told WDRB that Smith’s “dedication to bringing important information to the people of Kentucky, especially Louisville, made a difference.”

Other journalists, including some of Smith’s colleagues at WDRB, have offered Smith their well-wishes:

This man is pure class and will be missed. https://t.co/C7JdcwkTra

It’s gonna be weird not seeing you at the Capitol as much anymore. Best of luck at the new gig, Lawrence! https://t.co/qRMOQ47rbA

It’s one thing to be factual. It’s another to be fair. @LASmithReports is both. Kudos on a stellar career.

It was an honor to learn from you and I am so thankful for all of your advice and help. You have always been so supportive and one of the first to point out a good live shot or story. Wishing you nothing but the best in your next journey. You will be missed! https://t.co/Hhar3o8K5A