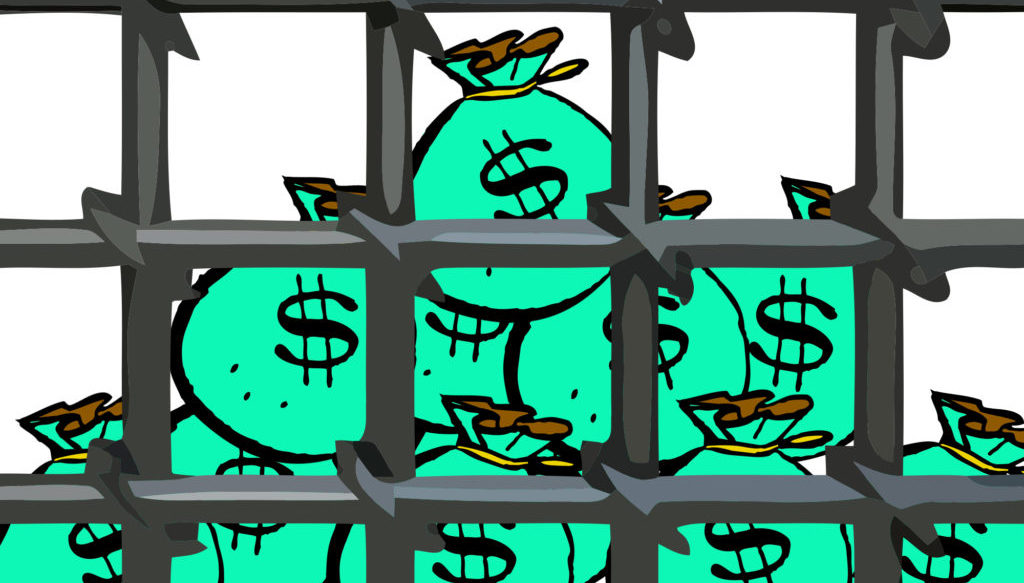 A bill introduced by state Rep. John Blanton (R-Salyersville) on Tuesday would ban charitable bail organizations that regularly pay bonds for people awaiting trial who cannot afford to do so.

If passed into law, the bill would make the work of groups like The Bail Project and the Louisville Community Bail Fund illegal. Those groups operate on the premise that the cash bail system disproportionately discriminates against poor defendants while allowing people with money to easily get out of jail while awaiting trial.

“This kind of bill, it perpetuates the two tier system: You have enough money, you can get out. You don’t — like everyone else — then you can sit there,” said Shameka Parrish-Wright, the partnerships and advocacy manager for The Bail Project, who is also running for mayor. “To eliminate our work will make Kentucky harder to navigate as a poor person.”

Chanelle Helm, co-founder of the Louisville Community Bail Fund and an organizer with Black Lives Matter, said while the protests of 2020 raised the profile of charitable bail organizations, there has also been a strong backlash like what was represented in the bill.

“What has been heartbreaking is the folks who have made community bail funds this negative term and always focusing on the most violent,” she said. “What hasn’t happened is people understanding that people are being held in jail without hearing or trials due to bail — not necessarily due to just due what’s happening in court.”

Critics of the cash bail system say it also disproportionately discriminates against and impacts people of color.

Blanton’s bill adds the prohibition of charitable bail organizations to a law already on the books in Kentucky that bans bail bondsmen.

Since the Bail Project started working in Louisville in 2018, it has paid the bonds of 3,500 people and defendants have had a court appearance rate of more than 90%.

The deaths of five inmates in Louisville Metro Department of Corrections custody since Nov. 29 has placed a renewed focus on calls for jail reform in Kentucky. After three inmates died in Louisville’s jail in the span of a week late last year, the ACLU of Kentucky called for cash bonds to be ended except in cases where there is a “serious threat to the community.” Speaking in front of Metro Council last month, the president of the union that represents corrections employees said understaffing had made the jail “completely unsafe.”