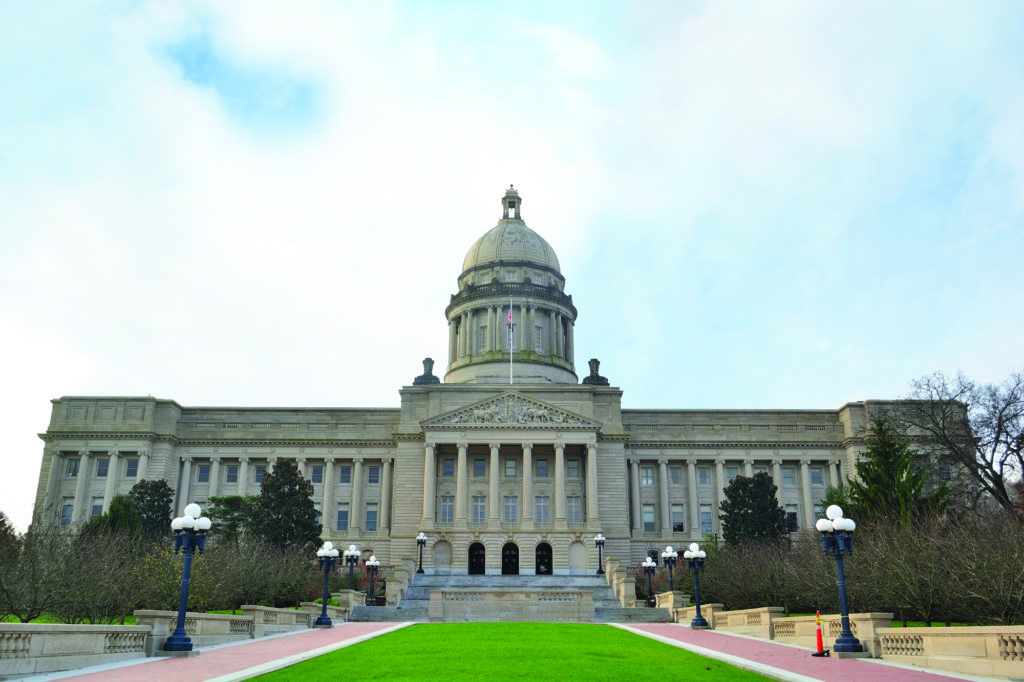 The inevitable redistricting lawsuit has been filed.

It was clear after Kentucky Republicans passed their new redistricting maps — which included changes to the state’s Congressional, state House and Senate districts — that there was room for a lawsuit.

The day that the House map passed, UK law professor Joshua Douglas tweeted, “Reporters writing about the Ky redistricting: please note that these maps are almost certainly unlawful. I expect litigation under the Voting Rights Act and KY Constitution, which very well could be successful.”

The Kentucky Democratic Party is suing over the Congressional and state House maps, saying that they are examples of “extreme partisan gerrymandering” and that they violate the state Constitution.

The lawsuit, which contains other plaintiffs including House Democratic Caucus Chair Derrick Graham, asks for the court to invalidate the passed bills. In the short term, it requests that the court stop the May primary for state House and Congressional seats.

The lawsuit takes particular issue with the new Congressional District 1, which would extend U.S. Rep. James Comer’s seat from the westernmost reaches of Kentucky all the way to Franklin County, the home of Frankfort. This move would make U.S. Rep. Andy Barr’s district, which currently contains Franklin County as well as Lexington, less competitive for Democrats.

The lawsuit also says that the House map represents “excessive splitting” of counties. The Kentucky Constitution requires the legislature to split 23 counties into two different districts, but the lawsuit says that Republicans split the counties “far more times than is necessary” — and the result favors Republican and rural voters over Democratic and urban ones.

In a statement, KDP Chair Colmon Elridge said, “We are joining residents who are disenfranchised by these gerrymandered districts to stop this partisan power grab. These maps intentionally slice up cities and counties, reduce the number of women serving in the House and dilute the voices of minority communities.”

Several outlets reported that House Speaker David Osborne responded to the lawsuit on Thursday saying, “I’m very, very confident that the map will withstand any challenge.”

Douglas, the UK law professor, tweeted an analysis of the KDP’s lawsuit, saying “they have very strong args under state constitution.”

Crux of claims are (1) unlawful partisan gerrymandering and (2) splitting too many county lines 1/ https://t.co/OstqAGJ4sl

In anticipation of a lawsuit, Louisville Republican Rep. Jerry Miller filed a bill on Thursday that would delay Kentucky’s primary election until August.