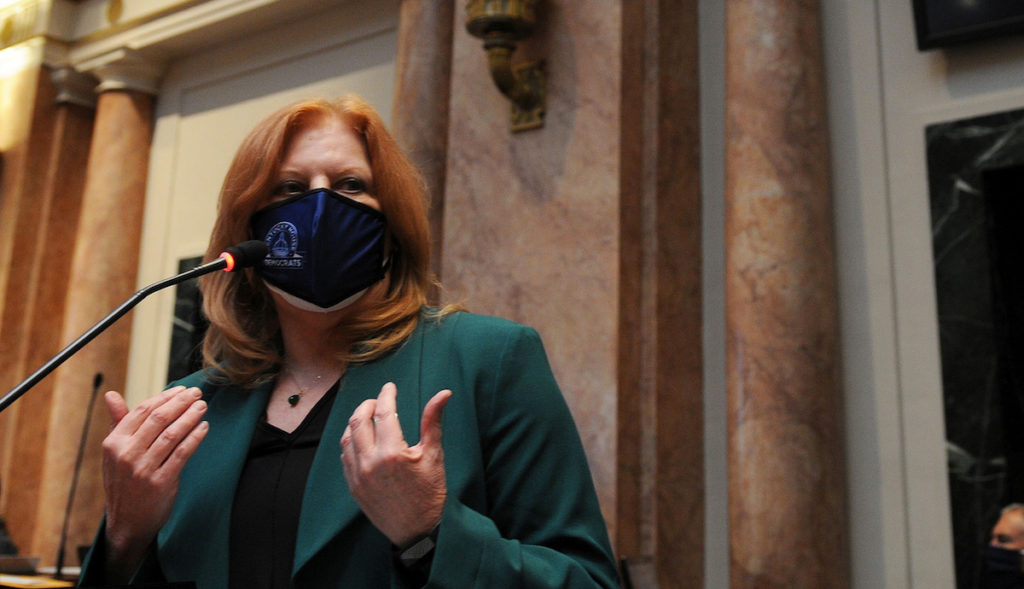 After more than 20 years in the state legislature, House Minority Leader Rep. Joni Jenkins, who represents Shively, is no longer running for reelection after Republican redistricting transformed her district into a majority minority area.

“I have long advocated for a General Assembly that looks like Kentucky, so when minorities became the majority population in the newly redrawn 44th House District, I did not want to be a barrier to a person of color joining the Kentucky House of Representatives,” Jenkins said in a statement.  “That’s why I withdrew my candidacy today.”

Jenkins was first elected to the state legislature in 1995. During her tenure, she became the first woman to lead a legislative caucus in Kentucky history.

“I have loved representing my beautifully diverse district for many years, and will be forever grateful that the voters gave me the chance to serve them,” said Jenkins in a statement. “I will finish my term the same way I started my first: Fighting for those I represent and for a better commonwealth.”