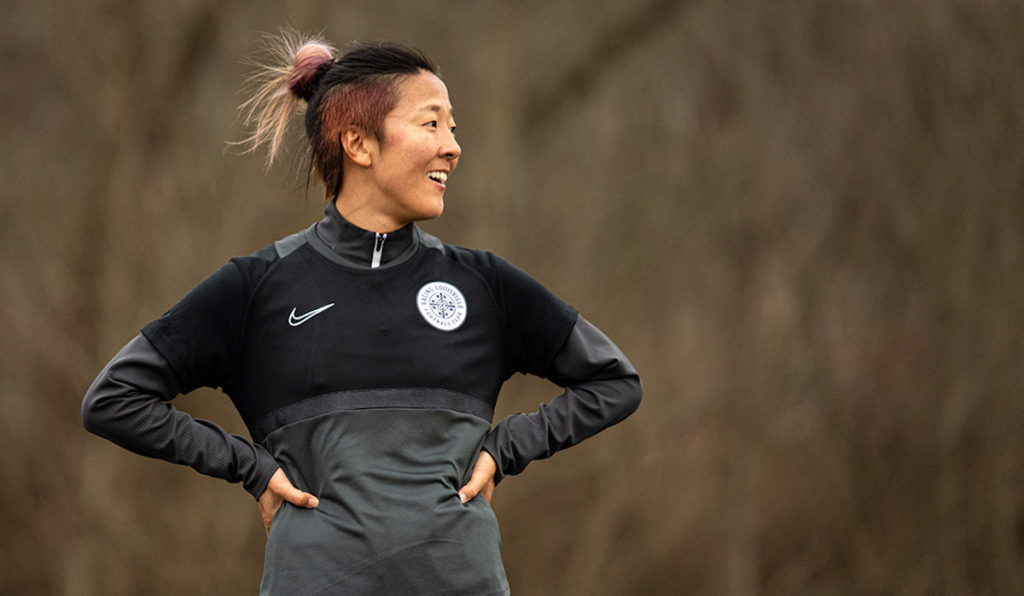 Yuki Nagasato has been traded back to her former team, the Chicago Red Stars.Photo courtesy of Connor Cunningham.

Yuki Nagasato, a fan-favorite forward on the Racing Louisville soccer team, has been traded back to her former team, the Chicago Red Stars.

Nagasato’s reason for leaving isn’t a lack of love for the team, the fans, or the city –– it’s because she’s engaged. She’ll be moving back to Chicago full-time to live with her partner.

Racing Louisville announced the trade earlier this morning in a press release and on social media.

“I was extremely pleased to work with Racing Louisville during its first season,” Nagasato said in the press release. “I actually didn’t want [to] say goodbye so soon, but this decision was needed for my personal life, not just my soccer life. I got engaged to my partner who lives in Chicago, and we decided to build our life there. But I also wanted to keep playing, so I really am grateful for Racing’s understanding.”

Nagasato signed with the Red Stars in May 2017. After a successful three years in Chicago, during which she made 58 appearances on the field and scored 13 goals, she was traded to the Racing in October 2020. During her time in Louisville, she made 21 appearances and 18 starts on the field, according to her player profile, and scored two goals –– one of which was against the Red Stars.

Nagasato was part of the Japanese Olympic women’s soccer teams in 2011 and 2015. She also represented Japan three times at the FIFA Women’s World Cup.

When LEO covered Racing Louisville’s debut in April 2021, numerous fans we spoke to cited Nagasato as their favorite player. One of her tweets, in which she posted about learning the meaning of the phrase “dat ass,” quickly took off as a meme within the Racing fan community last spring.

I learned today what is “Dat Ass”. A friend said “Ima bring dat assssss” then another one said “I’ll bring red wine and dat ass as well”, then I was like “ok is that drink or food?!” I found this picture and figured it out later they will bring their butt🤷🏻‍♀️ of course they will 🤷🏻‍♀️ pic.twitter.com/VxmgvMUnGf

Nagasato cited her gratitude to the fans in her statement today.

“The club has been super supportive before, during and after the season,” she said. “I’ll keep wishing them success in their journey. I really loved to play at our incredible stadium in front of our amazing fans. Thank you so much for your love and bringing energy to the game.”