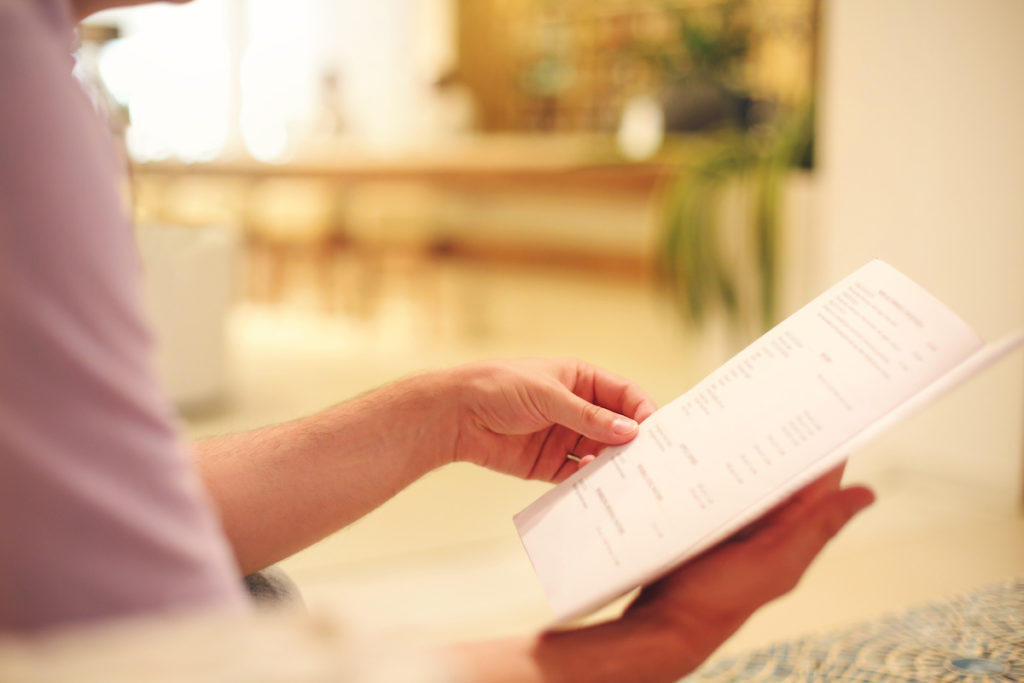 Expensive restaurants typically use longer words on their menus.Adobe Stock

“Can you figure out how much your dinner will cost by counting the words on the menu? Food, and how we describe it, can tell us a lot about what it’s going to cost us when we go out to eat tonight.”

The Louisville Free Public Library’s e-book blurb about Stanford University professor and MacArthur Fellow Dan Jurafsky’s 2014 book, “The Language of Food: A Linguist Reads the Menu” got my attention fast. I knew a book that dives into culinary linguistics and statistics too would be a great read for a word nerd and food geek like me.

A James Beard semifinalist in 2014, this book takes a deep dive into both culinary linguistics and statistics. I grabbed the library e-book and dived in.

“Every time you read a description of a dish on a menu, Jurafsky wrote, “you are looking at all sorts of latent linguistic clues, clues about how we think about wealth and social class, how our society views our food, even clues about all sorts of things that restaurant marketers might not want us to know.”

Jurafsky didn’t just ruminate about how restaurant menus use words. He gathered the data to prove it. Boy oh boy, did he ever gather the data.

He and three scientists from Carnegie-Mellon University in Pittsburgh scoured the Web to find 650,000 dishes on 6,500 menus from restaurants in New York, Boston, Chicago, Philadelphia, Washington D.C., San Francisco and Los Angeles.

This large data set allowed them to control for city, neighborhood, type of cuisine, even the restaurant’s neighborhood, across a range of menu prices from cheap to high-end.

The data revealed that menu wording varies fairly consistently against entree price. Cheaper restaurants typically have lots more dishes, and they explain them in very different language than language that pricey eateries use to describe a more limited bill of fare, where the food came from and how it was prepared.

Yes! “Obsession with provenance is a strong indicator that you are in an expensive, fancy restaurant”? Somehow this didn’t surprise me.

Similarly, you probably won’t be gobsmacked to learn that expensive restaurants typically use longer words. “When a restaurant uses longer words to describe a dish, it charges more for the dish.” Add one letter to the menu’s word-length average, add 18 cents to the price of that dish! Make your words three letters longer on average, “and your customers will pay 54 cents extra for your roast chicken or pasta.”

“We found that expensive restaurants have half as many dishes as cheap ($) restaurants,” Jurafsky wrote. Cheap restaurants, on the other hand, drop the fancy words in favor of positive but vague terms intended to whet our appetite: Repetitive synonyms like delicious, tasty, mouth-watering, flavorful, scrumptious and savory; praiseful words like terrific, wonderful, delightful, and sublime; and appealing adjectives that describe the food in an appetizing way: zesty, rich, golden brown, crispy, or crunchy.

All of which raises the obvious question: Do Louisville restaurants follow these big-city practices? I didn’t do a deep data dive or write any software, but a glance at a handful of local menus suggests that they sort of do.

Among favorite modestly priced local diners and world-food eateries, D. Nalley’s in Old Louisville lists about 40 menu options. Its menu entices us with terms like “tenderly fried” and “grilled to perfection.” It’s all true, too. Aladdin’s Mediterranean Cuisine, a New Albany favorite, lists some 50 menu choices. The lamb chops are “perfectly seasoned,” and the tzatziki sauce on the gyros is “original.” Most dishes at both restaurants are $10 or below.

Just a few dollars more up the ladder, Goose Creek Diner’s colorful menu offers about 50 dishes priced up to $15, often described in expansive language like “Tender salmon lightly seasoned then grilled to perfection” and “the best fried green tomatoes in Louisville!” That’s true, too.

On the more upscale side, 211 Clover Lane in St. Matthews lists just 11 main dishes, with prices up to $55 for a grilled filet mignon from Creekstone Farms. The bill of fare at La Chasse in The Highlands offers six entrees, topped at $50 with a NY strip steak – au poivre and wood-grilled, the menu assures us – from Blackhawk Farms in Princeton, Kentucky. Over in New Albany, Brooklyn & the Butcher includes both Creekstone and Black Hawk farms’ beef among its seven specialty steaks, peaking at $74 for a full pound of prime rib eye.

I guess you’re getting the idea. This is a good book, and reading it will teach you something while it makes you hungry. And that’s before you get to the other chapters about food words and the way they illustrate the world-ranging stories of our favorite foods and their names and how they got that way.

Who knew that our bright red, sweet tomato ketchup evolved from an ancient Chinese fermented fish sauce that also gave birth to rum along the way? Or that a Persian sweet-and-sour stewed beef called sikbj that dates back more than 2,000 years somehow found its way down to modern fish and chips, not to mention seviche, tempura, and even jiggly aspic?

For all that and much more. I highly recommend “The Language of Food: A Linguist Reads the Menu.” Carmichael’s Bookstore can order it for you and it’s available in the Louisville Free Public Library’s e-book collection and, of course, on Amazon.