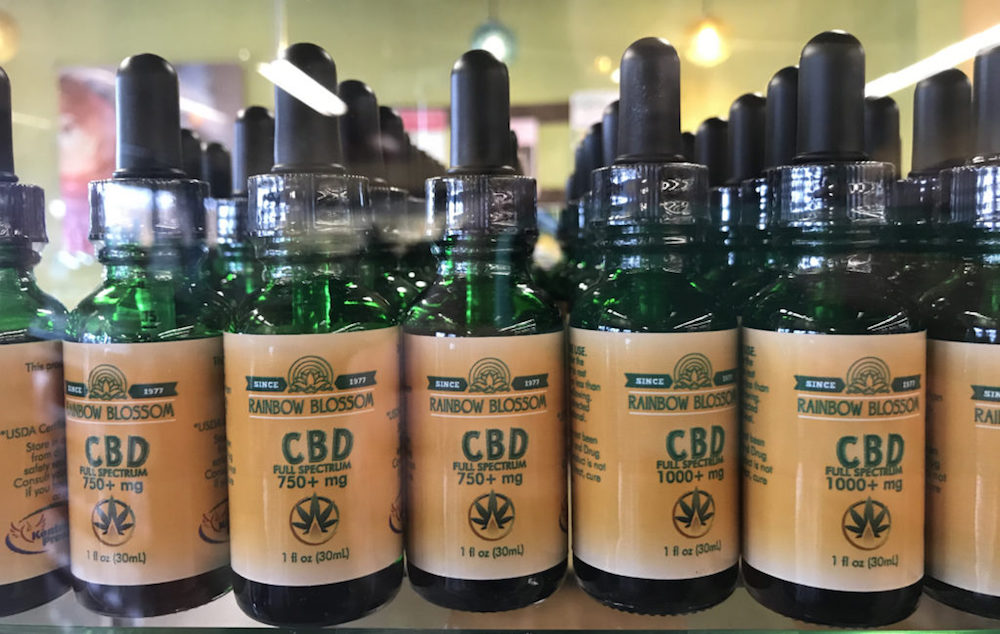 Yet another scientific study suggests that cannabis could help fight COVID-19.

The latest found that CBD, the non-psychoactive compound found in cannabis touted for its possible health benefits, was able to block COVID-19 replication in human cells. That’s according to a paper published Thursday in the peer-reviewed Science Advances journal.

The study saw a team of 33 researchers at the University of Chicago and UofL survey of 1,212 U.S. patients taking prescribed CBD to help manage seizures. It found that patients who took 100 milligrams-per-milliliter oral doses of CBD were less likely to get positive COVID-19 test results compared to a control group that did not take CBD, 6.2% to 8.9%, respectively. Another part of the study, conducted in a lab with human lung cells, found CBD inhibited the spread of the virus.

“Our results suggest that CBD and its metabolite 7-OH-CBD can block SARS-CoV-2 infection at early and even later stages of infection,” the study’s authors wrote.

The study comes just one week after another, from researchers affiliated with Oregon State University, that found that other compounds found in cannabis prevented SARS-CoV-2 from infecting human cells in a lab, by effectively gumming up the virus’s spike proteins.

Neither study has undergone clinical trials yet, and the Oregon State University study used compounds that are found in raw cannabis, not the CBD or THC that people consume.

“We strongly caution against the temptation to take CBD in presently available formulations including edibles, inhalants, or topicals as a preventative or treatment therapy at this time,” the University of Chicago and University of Louisville authors wrote. “Especially without the knowledge of a rigorous randomized clinical trial with this natural product.”

The authors of that study say that while the COVID-19 vaccines remain the best way to prevent serious illness or death, they hope a cannabis-derived product could be used as part of a multi-pronged approach, “especially for populations with limited inclination or access to vaccines,” they wrote.

“The Commonwealth of Kentucky has a robust hemp agriculture, so we were pleased to find that pharmaceutical grade CBD is worth testing in future human clinical studies,” said Palmer, who is the director of the Center for Predictive Medicine for Biodefense and Emerging Infectious Diseases and the Leona M. and Harry B. Helmsley Charitable Trust Endowed Chair in Plant-based Pharmaceutical Research at UofL.

“As a bottom line, what this says is that CBD has the potential to prevent infections, such as breakthrough infections, which might be one of the most useful applications,” lead researcher Dr. Marsha Rosner told VICE.

“The hope is that it would prevent more serious disease, but we don’t know yet,” Rosner said. “And we would need a clinical trial.”

Keep Louisville interesting and support LEO Weekly by subscribing to our newsletter here. In return, you’ll receive news with an edge and the latest on where to eat, drink and hang out in Derby City. Follow us on Facebook, Twitter and Instagram.