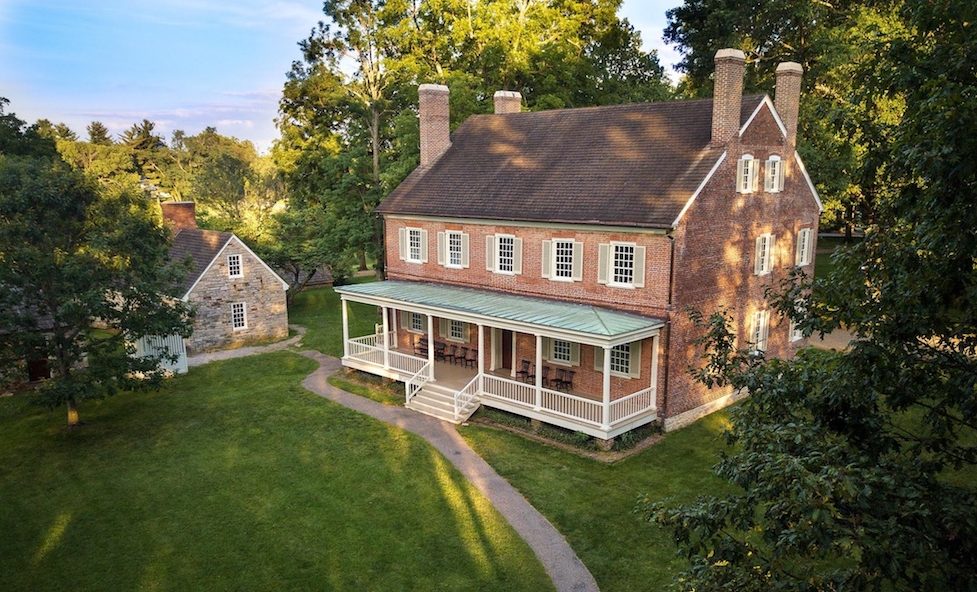 The reckoning of historical inaccuracy, exclusion and racism is a spot that many institutions and historical groups are discovering to be more difficult to navigate now than at any other time. The reason is that Band-Aid solutions aren’t working or acceptable. Both white and Black activists are demanding real, accurate and inclusive change.

The Jane Austen Festival of Louisville, dedicated to the memory and preservation of Jane Austen’s works, period and ideas, was canceled this year due to (what appears to be) a resistance by the parent organization and local chapter, JASNA (Jane Austen Society of North America)-Louisville to adapt to changes proposed by some of its board members and host organization, Locust Grove, which has committed to presenting a more complete and inclusive narrative about its history. The festival was slated for July 5-8 on the grounds of Locust Grove. The Louisville Jane Austen Festival is among the largest of the events that honor Austen’s legacies.

One board member, Carrie Wright, wrote on her Facebook page about her experience and what she believed caused her separation from JASNA-Louisville.

“Christine is another of my friends who inspired and encouraged me to fight for what is right (namely, DEI) this summer with JASNA-Louisville and the Jane Austen Festival,” wrote Wright. “I was determined to make JASNA a welcoming organization, and the festival an equitable and inclusive event, for her, other BIAPOC friends, and new friends I’ve yet to meet. I was devastated when I was asked to step down from the JASNA board because I felt like I failed. Well, let me tell you, even though Christine and I don’t live in the same town, as soon as I shared the news, her love and support felt like a hug. And all of the support I’ve received on here further proved to me that it wasn’t for nothing. More people are aware of the DEI issues in JASNA and with holding costuming events at sites of Black and other POC’s trauma. More people are thinking before they join an organization, plan or attend an event.”

Her removal from the board was then followed by Locust Grove canceling the event on Jan. 12 (though the two might not be necessarily related). Locust Grove released a statement on their Facebook page that said:

In addition the organization’s executive director, Carol Ely, followed up with LEO via email and added that,

“For the first 13 years of the Festival, it was run by the Jane Austen Society of North America (JASNA) – Greater Louisville chapter. This chapter was started at Locust Grove and held meetings here, but is a separate organization.

The Festival used Locust Grove as a setting to stand in for Jane Austen’s English countryside. Locust Grove’s time period of significance overlaps with Austen’s, so for us it brought new visitors who would then learn more about our site and its story. JASNA-GL shared the proceeds of the event, which was volunteer-run, with Locust Grove in lieu of a rental fee.

By 2020, the organizers at JASNA were burned out with the strain of this large and complex event, and asked if Locust Grove would take it on as main sponsor, with JASNA as a supportive partner – the reverse of the previous arrangement. We accepted, with the idea that the Festival would be adapted to Locust Grove’s interpretive and financial needs.

The pandemic and construction on our site meant that 2021’s event was a hybrid in-person and virtual event. With our shift in our interpretation to encompass a more thorough look at slavery at Locust Grove, as well as slavery in early America, we decided that the 2021 festival should focus on race and power in Jane Austen’s world.

At the same time, the Jane Austen fandom and costuming communities were going through a reckoning of their own with past and present racism. The fan and volunteer support for the event that we were relying on did not materialize, making the practicality and expense of doing the event difficult to manage.

It became apparent to us, and to many in the community, that having an event that was meant to be imaginative and playful was not compatible with the goals of our site to educate, nor with the accessibility of the event to all, particularly to people of color. Reluctantly, but we believe appropriately, we came to this decision.

We will support a transfer of the event, which is much beloved and we hope finds a new home, to a suitable new location, with the consent of JASNA.”

Wright posted again about the need for historical costuming spaces to be open to better diversity, equity and inclusion.

When I spoke to Wright via Facebook messenger, she said of the cancellation, “There was talk (on the JASNA-GL officers board) last year, before the 2021 festival happened, about Locust Grove not doing it this year, so it did not surprise me. I was asked to leave the JASNA GL board on Jan 6, and have not spoken with anyone except the Regional Coordinators since the Festival, and I did not talk directly with anyone at LG about why they would not do the Festival this year, so it would only be speculation.”

No word yet from JASNA. We will update as we get more responses and clarity about the cancellation from their perspective. It is notable that the local chapter of the group has deleted their Facebook page and added a password protection to their website.

It will be interesting to hear how JASNA Louisville explains the issue. It seems that they are getting a lesson that historical preservation cannot simply be the preservation of a white narrative while ignoring the other and perhaps less savory parts of our shared histories.

It’s tough, but in order to grow, it is necessary.