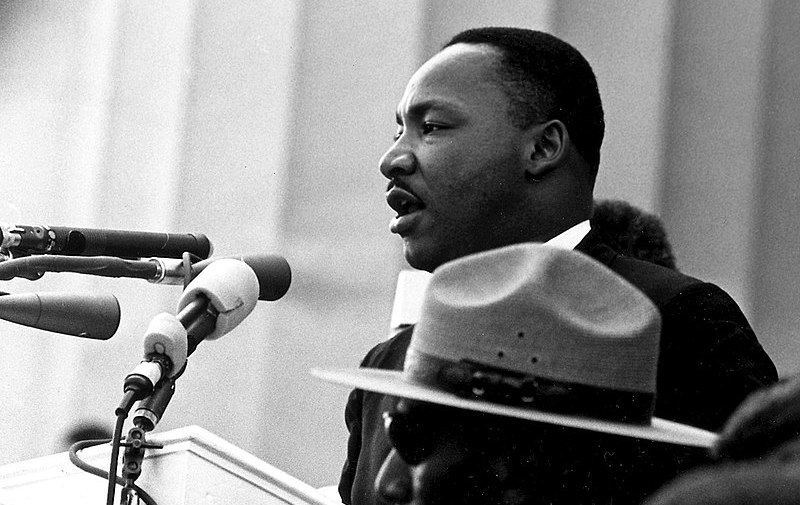 You can see showings of MLK Jr.'s "I Have a Dream" speech at The Muhammad Ali Center.Photo courtesy of the National Archives and Records Administration

Monday Night Salsa
The Wiggle Room
No cover  |  7-10 p.m.
Learn how to dance the salsa in this 45 minute lesson from Gabe Scott of the Derby City Salseros. DJ Robertón provides the beats.

Funny Dinner Live Podcast Recording!
Planet of the Tapes
Free  |  10 p.m.
Attend a live taping of the Funny Dinner Live podcast, hosted by local comedians Dan Aleten and Eric Sorgel. These “2 broke boys” will give you an hour of “comedy riffing,” covering such topics as Dan’s movie ideas, the perfect plan for smuggling drugs and Gordon Ramsay impressions.

Monnik New Albany’s 1st Birthday
Monnik New Albany
No cover  |  4-9 p.m.
It’s been one year since Monnik Beer Co. opened its New Albany location. Head to the brewery for cake, music from Louisville Gypsy Jazz from 6 p.m. to 8 p.m. and a new beer release of a brew that will only be available at the New Albany location: Audubble. The first 22 guests to arrive will receive free Monnik merchandise.

New Stage Opening Night
The Grain Haus, New Albany, Indiana
$5  |  7 p.m.
Winter has come and Floyd County Brewing Co. isn’t letting that stop its live music. The brewery has expanded with a stage at The Grain Haus and is debuting it with a live show from Mama Said String Band.

January Winter Storywalk
Beckley Creek Park
Free  |  Noon-6:30 p.m.
Take the kids on a storytelling adventure through Beckley Creek Park. Starting at the southeast corner of the Egg Lawn, you’ll follow signs that will tell you the story, “The Truth About Hawks.” The January StoryWalk begins at noon on Jan. 21 and lasts through the weekend.

First 30 Show at Never Say Die
Never Say Die
No cover  |  8-10 p.m.
2022 has already given us plenty of fodder for jokes, if only because if we don’t laugh, we’ll cry. Find out what Louisville’s comedians have already come up with in the new year. They’ll present their latest material, performing two minutes each. To grab the mic, you can sign up at [email protected] To go, you just need to show up and laugh.