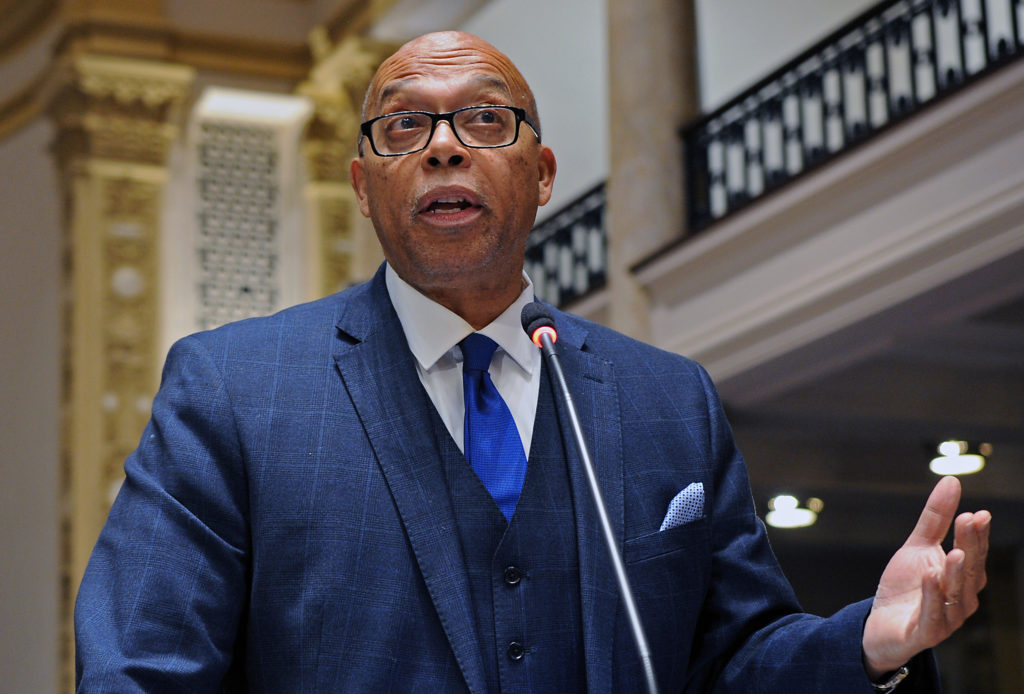 Sen. Reggie Thomas, D-Lexington, has pre-filed a bill that would allow law enforcement to  use recorded images to capture the license plate of someone who is not obeying a traffic control device and then send them a warning or a citation up to $50.

The owner of the vehicle that received a citation then would have the option to simply pay the fine or contest the violation in District Court, which would consider defenses like yielding for an emergency vehicle or a faulty recording.

“We have seen far too many fatal accidents by careless drivers running red lights,” Sen. Thomas said. “This bill will assist in catching those people who violate our traffic laws and acts as a deterrent to those who think it’s a victimless crime.”

“This proposal is designed primarily to protect people’s property, people walking on the street, even children who might be outside, who play near an area with a stop light,” Sen. Thomas said.

The bill won’t be considered until the General Assembly convenes in early January.