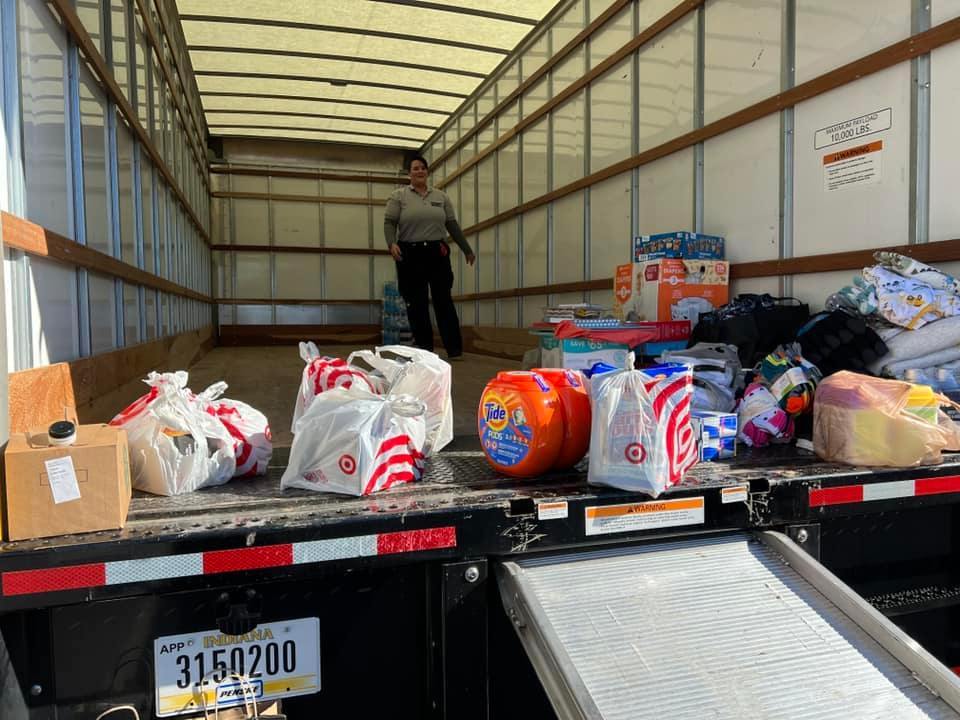 Here are some of the local businesses we know that are either raising money or collecting supplies for those impacted by this weekend’s disaster.

For a list of other places to donate, go here. If we have missed any businesses, please email LEO’s digital editor, Danielle Grady, at [email protected]

Money collected at the door for the Fleur de Flea’s Holiday Show this Saturday and Sunday will go to a Kentucky tornado relief fund (and to the Louisville-based addiction center, the Healing Place.)

They’ll be collecting these items Wednesday through Friday from 9 p.m. to 4 p.m. at 962 Barret Ave.

You can drop off supplies at either establishment (1800 Frankfort Ave. or 114 E. Market St., New Albany) Tuesday through Saturday anytime after 5 p.m.

Seven Louisville food trucks have teamed up to provide hot meals to victims and first responders in Mayfield, Kentucky.

“All money will be used in securing food, cost of operating food trucks, and transportation to and from the site.” reads the GoFundMe. “We will be set up at the Graves County High School and coordination will be done by Emergency Management Agency through the Louisville, KY office.

“Any funds leftover will be passed along to the LEE Initiative Foundation.”

Local attorney Sam Aguiar, with security consultant Golem Security Services, say they have collected more than $75,000 worth of items for tornado victims.

They are traveling today to deliver the products to Mayfield, Kentucky, but will be going down again later this week with another load.

Supplies can be dropped off at 1900 Plantside Drive or 931 Baxter Ave. Aguiar and Golem are not accepting used or open items or perishables.

This Kentucky apparel company is donating 100% of its net proceeds from a line of Kentucky Strong shirts to the Western Kentucky Relief Fund.

The fund, set up by Gov. Andy Beshear, has raised over $4 million so far for families impacted by the tornadoes.

Two Germantown restaurants have teamed up to collect and deliver supplies to Western Kentucky.

One truck is heading to Mayfield, Kentucky, today, but a second, 18-foot vehicle will be loaded tomorrow morning.

Six Forks will be accepting donations  at 1039 Ash St. until 8 p.m. Monday and will need volunteers to help load up the second truck at 9 a.m. on Tuesday.

All proceeds from Suspend Louisville’s cirque fitness class on Dec. 18 will go to those impacted by Kentucky’s devastating storms.

Louisville’s Toza Soap is soliciting donations to help make several hundred bars of soap for those in Western Kentucky. You can donate to @tozasoap on Venmo or [email protected] on PayPal.