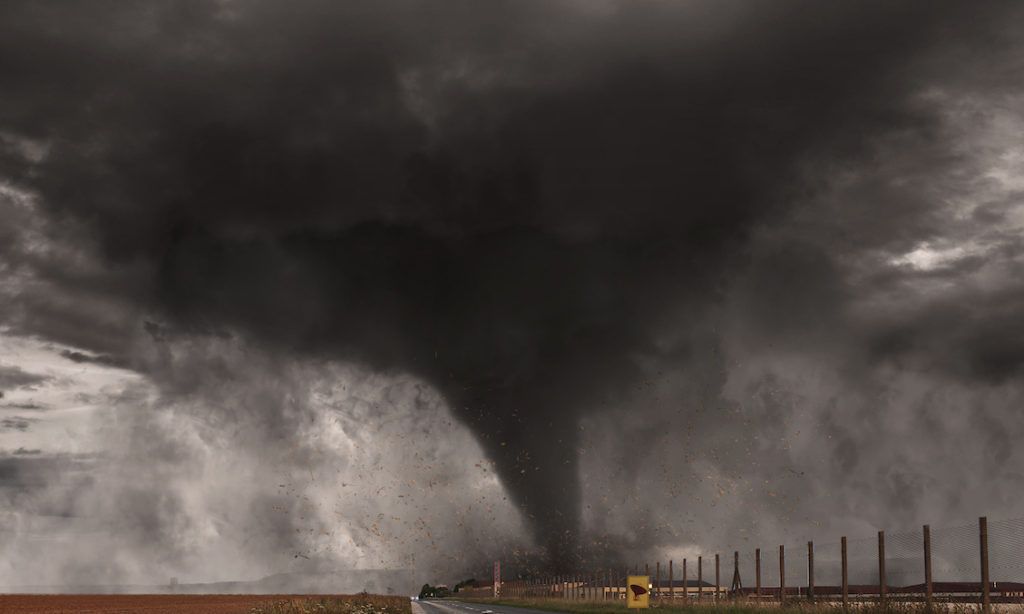 The tornadoes will come again.

Floods, ice storms, heatwaves and hurricanes, too. There have been more than 7,000 major natural disasters in the last 20 years. That’s nearly double the number of disasters from the two preceding decades. By now, it is apparent that world leaders are not going to take the dramatic measures required to reverse, or even halt, the planet’s slow incineration, and so we will continue to be pounded by increasingly deadly storms for the foreseeable future. This is the world we’ve purchased.

For the American worker, all that inclement weather means a lot more of what we saw last week: People trapped in big concrete boxes, huddled under tables or in bathroom stalls, praying for the roof not to cave in, and then praying to be rescued when it does.

Will employers act to prevent more deaths like the ones in Kentucky, Illinois and elsewhere? This is a variation on a question that is older than climate change, i.e., do we value a working-class life more than selling a few extra baubles? The question is nearly always answered in the negative. The trope of factories burning to the ground with workers trapped inside has morphed only slightly over the last century; it lives on as one of workers made to drive over solid sheets of ice, wade into ankle-deep water and fill empty Mountain Dew bottles with piss.

Still, we’ve made some progress since the days of mill towns and company stores. Even if we can’t do much to stop the weather, we can predict when a storm is going to give us a good shellacking. We citizens of the newly-expanded Tornado Alley know that a “watch” should be taken seriously, and that a “warning” means “clear your calendar and get your ass to safety.” We know how to make sturdier spaces for those seeking shelter. And we have all kinds of apps we can use to tell people to stay home.

Alas, the law lags behind all that progress. Employers can still fire workers who refuse to show up, no matter how bad the weather. Federal and state regulations technically require certain safety precautions in the workplace, but public officials have to enforce those requirements, and they usually don’t until it’s too late. Employers in most states can terminate employees who report unsafe conditions without fear of meaningful consequences. And through “no-phone” or other restrictive communication policies, employers can legally prevent workers from knowing about a deadly storm warning at all. Even if the worst negligence by the worst employer results in the worst workplace death imaginable, the employee’s family is often limited to miserly workers’ compensation remedies (and they may have to fight to get them). Compared to other leading economies, America’s workers are uniquely on their own; our laws leave them without much refuge or recourse.

I have heard some mild defenses of employers following last week’s storms. They gave workers the option to go home. They told them to shelter in place. What else could they have done? One might reasonably be skeptical of these apologetics given both the long history of wage workers used as crash dummies for big business and the short history of Dec. 10, 2021, in which a severe tornado had been predicted for at least 10 hours prior to major devastation. But if we’re asking questions, a few good ones might be: Did they really have to come to work in the first place? If there’s half a chance of a tornado, is keeping the doors to the bauble factory open worth the risk? Do we even need to make baubles 24 hours a day?

In any event, it is true that fault does not lie solely with the supply side. Consumers who want the baubles they ordered to arrive in time for Christmas may not care if a few Amazonian serfs got squashed in the process. Workers who need more hours over the holidays so they can buy more baubles (or just keep the lights on) may not want to go home, storm or no storm. Perhaps the manufacturers, deliverers and buyers of baubles all deserve some blame here, and some sympathy: All are victims of a deeply-diseased work ethos.

But the law, which merits no sympathy at all, is the chief enabler of that ethos. So long as statute books subordinate people to profits, nothing stops employers from frogmarching workers into funnel clouds, viral hot zones and burning buildings (of both the figurative and literal varieties).

In just a few weeks, legislatures will be back in session. It is too difficult to forecast whether last week’s tragedies will inspire any of them to act to protect workers. The only thing we can say for sure is: The tornadoes will come again.