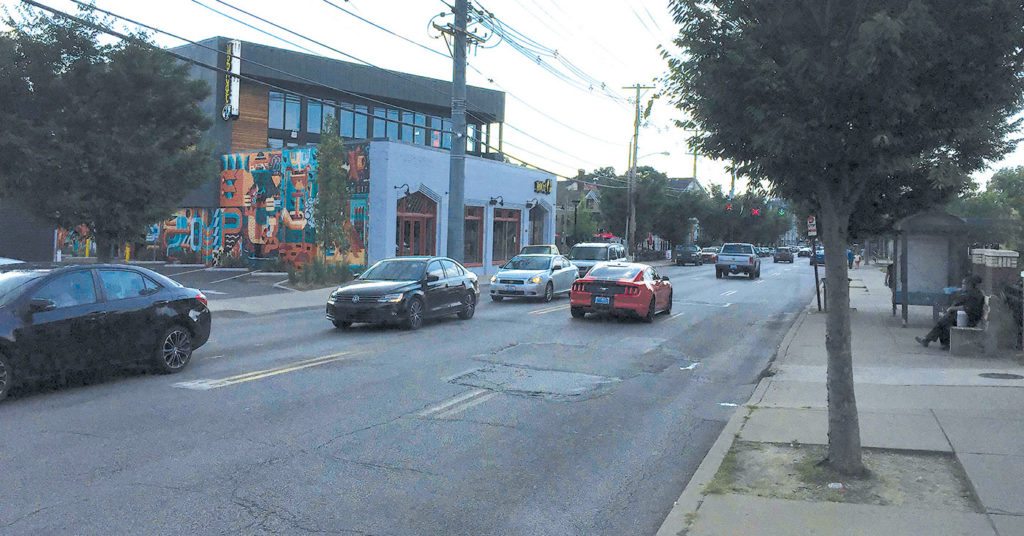 A new bar is already opened on the second floor of the old HopCat building.

A local investor has purchased the long-empty HopCat building on Bardstown Road and plans to transform the bottom floor into a multi-concept space.

“We’re very focused on getting the space reactivated, obviously,” said Andrew Owen. “I mean, any time in any neighborhood when you’ve got buildings that are not being used, it creates opportunities for things to happen that aren’t so good. It was certainly a place where people thought that they could kind of hang out without anyone watching them. So we’re very excited about getting it reactivated.”

HopCat, a chain brewery, vacated the 13,000-square foot building in July of 2020. Recently, a new bar, The Wiggle Room, has opened on the second floor of the massive space. The concept is from the owners of theMerryWeather, Emily Ruff and JC Denison, and the founder of the Louisville Vegan Jerky Co, Stan Chase.

Owen doesn’t have all the details nailed down for the first floor, but he said he wants it to be something that isn’t found in the rest of the neighborhood.

“My vision is that it’s kind of a single space with different concepts that kind of overflow and complement one another,” he said. “So it won’t be the same as like a Logan Street Market where you just kind of have stalls of different vendors. I don’t anticipate that it will be like that. But I do anticipate that there will be some very distinct concepts managed by probably a single manager in the same footprint, if that makes sense.”

Owen said that, in conversations with neighbors and investors, people seem “down” about the neighborhood. But, he has a brighter outlook.

“We certainly think these things are somewhat cyclical,” he said. “And certainly that part of the Bardstown Road faces some challenges. But we wouldn’t be investing in the neighborhood if we if we didn’t think that there was a lot of potential still still there.”