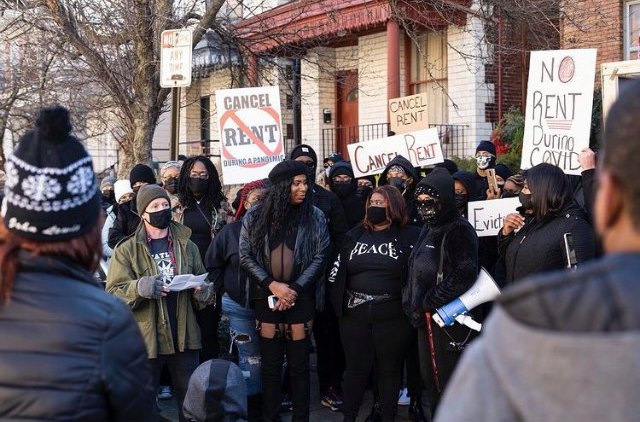 Phelix Crittenden and activists at a Cancel The Rent rally in January. | Photo by Skylar Davis.

It’s not exactly a secret that Louisville has a serious problem with equal housing, gentrification and various other types of systemic racism, but a recent study finds it’s amongst the worst city in the country when replying to rental applicants with names typically found in Black and Latinx communities.

An extensive survey conducted by the National Bureau of Economic Research tracked over 25,000 interactions between 8,400 real property managers and fake renters, and the study confirmed that landlords across the entire United States were less willing to rent to people with  names associated with non-white identities. The study used a software bot developed at the National Center for Supercomputing Applications.

But, some cities were worse than others, and Louisville was among the worst.

The study also outlines how the discriminatory policy impacts the wealth gap: “This study reveals evidence of a strong relationship between the income mobility gap and discriminatory constraints facing African American renters. Researchers have been unclear about the power of the correspondence design to predict difference in actual housing outcomes. The present study provides the first test of the relationship between experimental evidence of disparate treatment and subsequent differences in renter outcomes, revealing that discriminatory constraints provide important information about market behavior.”