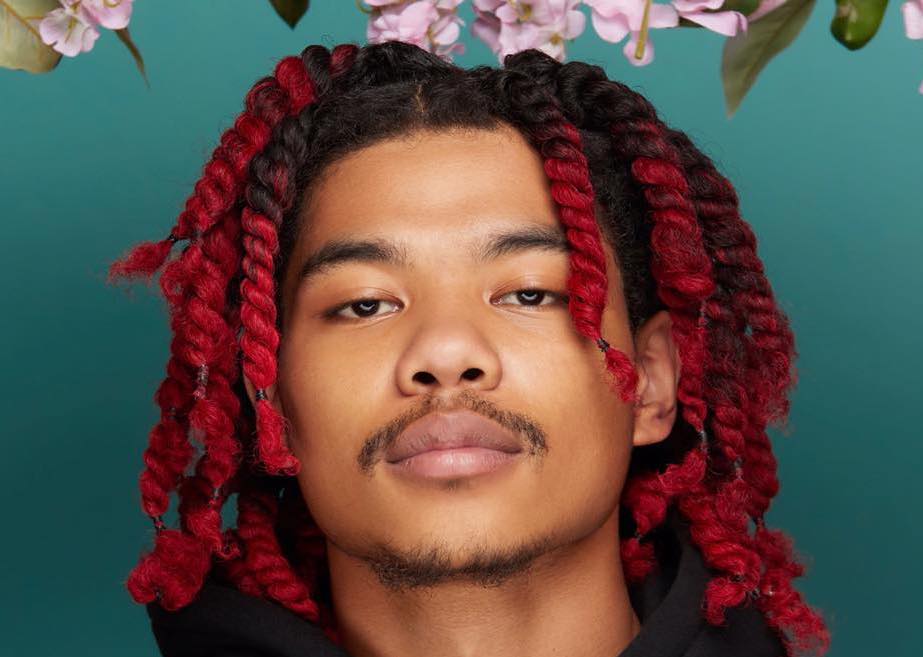 Bblasian is set to release a new EP soon.Photo by Denisha McCauley

Music listening has skyrocketed since the coronavirus became part of our reality, and more music is being made.

“​​…[T]he incredible abundance and growth of music licensed to streaming services is driving this engagement…In addition, music has provided fans with comfort and healing through these challenging times,” Frances Moore, CEO of IFPI, told Reuters this year.

Music as a source of comfort cannot be overstated. Eight in ten of the 43,000 music listeners who responded to IFPI’s survey said that music helped with their emotional wellbeing during the pandemic. The same applies for artists: making music is healing.

Louisville artist Bblasian navigated the past year-and-a-half tapping into the full range of the human experience. The shutdown didn’t slow him down: he invested deeply in BLM protests, was jailed for his involvement, had his first child and produced music for a new EP that is pending a release date.

“The records have good vibes and feel intentional. They contained a lot of thought and purpose. Bblasian has always been good at writing from a real place and he showed that more on this project. He really tends to wear his experiences on his sleeve. The songs have no gimmicks,” said Woo.

Bblasian is conscious of the longstanding injustices that have been curdling for hundreds of years and permeated mainstream media after Breonna Taylor was killed. He speaks to that in his songs, and when listening, you might get the feeling Bblasian is fighting to break through the death that hangs heavy over his city.

The songs deliver unvarnished truths, defiance and hard-won hope wrapped in soothing pop soundscapes. They feel so good flooding your ears but leave you with something to think on. These are not lite, air-headed tracks for mindless consumption. Bblasian’s lyrics are assertively thoughtful.

Violence in Louisville is on the rise, with the number of murders topping 160 for the year just a month ago. This prompted Bblasian to remember when he was at a crossroads about his message and vibe. Consider that popular themes surging in hip-hop are threats, murders, and celebrations of murders.

“I started out thinking I had to be street. Like, I thought being positive was lame,” he said, thinking back to his teen years.

With Bblasian ready to release the new EP, a follow-up to 2019’s Dif, it’s the perfect time for LEO Weekly to look back on his origins and artistry.

Leaning positive helped Bblasian break out in 2017 with his song “Change,” as he quickly garnered 200,000 SoundCloud views (although today it’s much closer to a million). Everyone knows (or is) a SoundCloud rapper, so you can imagine how much traction it takes to rise above the noise on that platform. Bblasian is one of the winners of the SoundCloud game, and when you hear his sound you can’t deny his raw talent.

“Change” is Bblasian’s coming-of-age tale, an apology to his mother, and an honest (and painful) look at the consequences of mistakes. He wrote this song in jail.

Aye was a true thief in the night was blessin

They sat me down the next day with a sentence

Ma I feel the pain in your mind from you stressing

And the tears in your eyes as a weapon

I put you through more than enough

And I know that you’re tired of my bluffs

And my delusional love

At first pass, the lyrics resonate with any of us who’ve gravely disappointed somebody and are making peace with how much growth is still ahead. It’s a surprisingly mature song coming from a songwriter who at the time was only 16, and it hit home with enough listeners to grow an impressive Instagram following and thriving streaming channels from Spotify to YouTube.

Change influenced Bblasian’s decisions about how to cultivate his image. “[The success of that song] just showed me I could be myself.”

Becoming a man means becoming more himself and taking more responsibility for his own outcomes, if the lead track on the forthcoming EP is any indication.

Saved By Me tells the story of the Louisville neighborhoods he has known his whole life, the communities that shape Bblasian’s ideas, his reactions to bad acts, and his hope for the future, which starts with saving himself.

Make it out of where we coming

Ayy ahh ahh saved by me

Look for an EP release date to be announced soon on Bblasian’s Instagram channel: @_bblasian