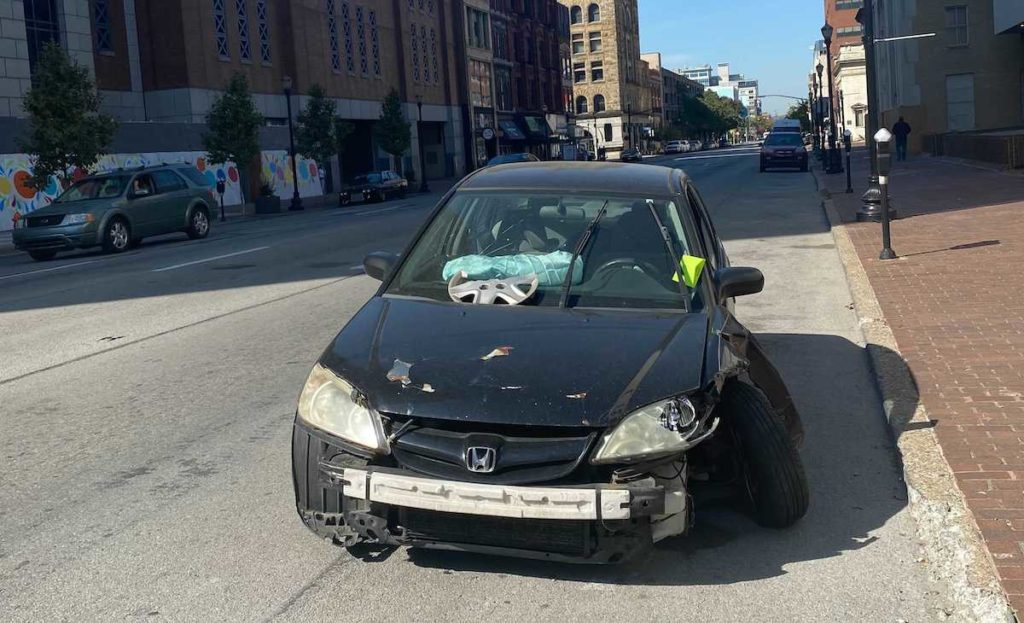 If you’ve been irked by the sight of an abandoned or wrecked vehicle sitting by the side of the road for weeks, you might be in luck: The city says its plan to create a new police automobile auction lot will relieve overcrowding at the Frankfort Ave impound lot and help get more vehicles off the street soon.

According to a statement put out by Mayor Greg Fischer’s office on Monday, the city has filed development plans to create a new auction lot on a 5.3 acre property at 3502 7th Street Road in Shively.

There are currently more than 140 abandoned or wrecked vehicles waiting to be towed from Louisville’s roads, according to the mayor’s office. But the Louisville Metro Police Impound lot at 1478 Frankfort Ave in Butchertown has been chronically overcrowded — an issue that has only been made worse by the pandemic, the mayor said.

“Our existing impound lot is a challenge that has been exacerbated by the COVID-19 pandemic because of the slowing and stopping of auctions that, in normal circumstances, would help us get cars out of the lot and off the streets,” said Fischer.

The city had looked at “nearly a dozen potential sites to relocate the impound lot,” he added, but none were suitable due to issues like cost, location and flooding. “Creating a separate auction lot is an innovative solution that will allow us to more quickly move abandoned vehicles off roadways,” he said.

The Frankfort Ave lot, the statement said, has a capacity of 1,800 vehicles but regularly stores more than 2,000. The city has been looking for a new impound lot since 2017 due to crowding and environmental impacts on Beargrass Creek.

In the statement from the mayor’s office, LMPD Maj. Emily McKinley described abandoned vehicles on roads as a danger, saying: “Abandoned vehicles throughout our community present an extreme safety risk for everyone — residents, wrecker drivers and police officers. LMPD is committed to improving the safety of our streets and community, and this is one step in that direction.”

In another move to reduce crowding at the Frankfort Ave lot, earlier this month Metro Council passed an ordinance that allows the city’s director of public works to declare an amnesty period of up to 30 days where all towing and storage fees for vehicles in the impound lot are waived. The mayor’s office said Fischer plans to sign the ordinance into law early in the new year.