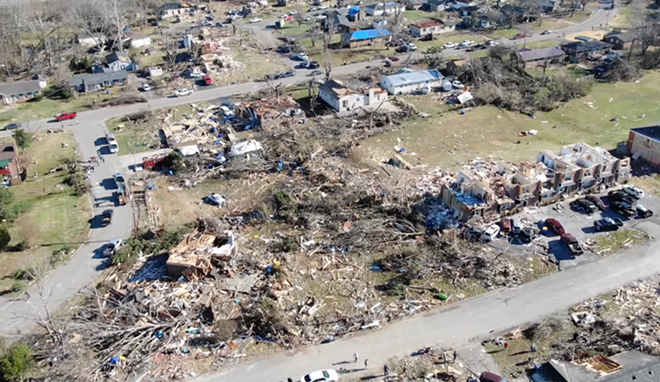 Although the devastation from the recent tornadoes in Western Kentucky has created an outpouring of donations and legitimate sources of help from across the country, there are still people who try to take advantage of victims in need.

On Sunday, the Kentucky State Police said they have received reports of fraudulent disaster relief workers.  In response, they released a short guide to spotting tornado relief scams and fraudsters.

Much of the guide comes from the National Insurance Crime Bureau and specifically details how to spot fraud related to fake contractors. The list says:

Although legitimate members of the National Guard, FEMA Disaster Survivor Assistance and the American Red Cross are on the ground in Western Kentucky helping to rebuild affected areas, the guide says that FEMA officials will always have an official badge and photo ID on them and will never ask for money in exchange for their services.

The tornadoes on Dec, 11 and 12 killed 77 people and displaced hundreds, according to Gov. Andy Beshear’s office.

If you’d like to help people impacted by the tornadoes, check out our list of ways to donate.