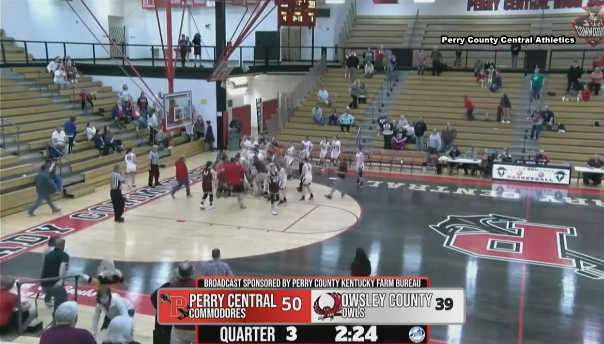 A Kentucky sheriff is accused of assaulting a juvenile girl at a Hazard basketball game on Dec. 3.

Perry County District Court issued an arrest warrant for Owsley County Sheriff Brent Lynch on Dec. 7 for allegedly assaulting the girl during a fight between female players. Kentucky State Troopers are currently looking for him.

Lynch is also part of the coaching staff for Owsley County High School’s girls basketball team. Lynch reportedly struck the juvenile in the face, according to Lex 18.

Video obtained by Lex 18 shows players fighting at the game between Owsley County and Perry County high schools. Adults intervene in the throng. One in particular dives into the conflict and is later pushed out by another adult.

Lynch is wanted on a charge of fourth degree assault. He has been Owsley County’s sheriff since 2019, according to his LinkedIn page.