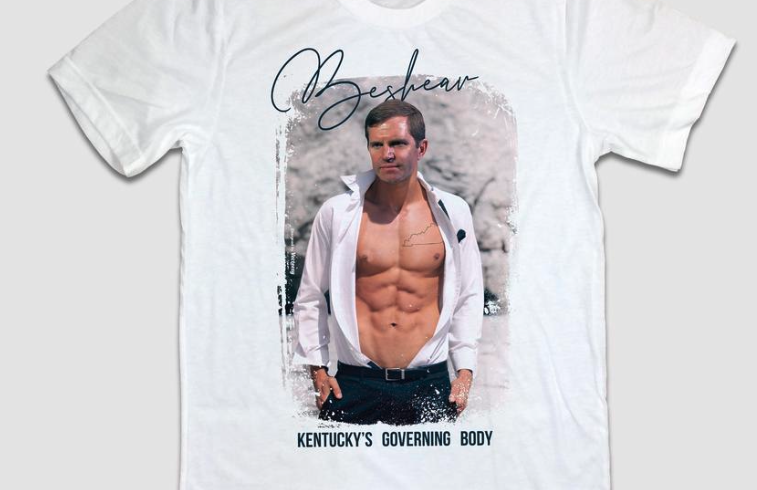 For the mom who has watched every single one of Gov. Andy Beshear’s COVID press briefings.

For the Republican who you most want to troll in your life.

For the health care worker who’s sick of explaining why social distancing and vaccines are important.

How about a sexy Beshear T-shirt for Christmas?

One in particular took off after Beshear apologized to a Kentucky man named Tupac Shakur who he thought had submitted a false unemployment claim. It featured the Commonwealth’s logo, altered with an image of the rapper Shakur shaking hands with Beshear.

Cincy Shirts, a Cincinnati T-shirt company, has a whole line of Beshear shirts “celebrating the man, the myth, the leader” —  all starting at $25.

That is where you’ll find the most explicit of all Beshear shirts: A Photoshopped, shirtless pic of a ripped Beshear with the words “Kentucky’s Governing Body” plastered onto the bottom.

You can also find a Mister Rogers-inspired shirt and some “Gov Life” apparel, featuring the phrase “Only God Can Judge Me Y’all.”