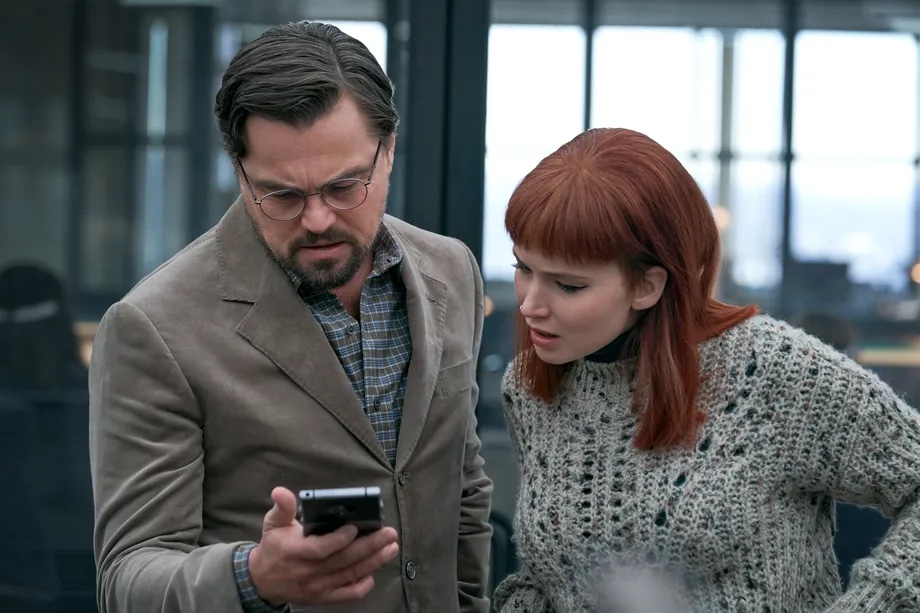 Jennifer Lawrence plays one of two scientists who discover a comet big enough to destroy all life headed towards Earth.Niko Tavernise/Netflix

Jennifer Lawrence, the Louisville native A-lister best known for “The Hunger Games” and “Silver Linings Playbook,” has returned to the big screen with her first movie in two years — and it’s showing in Louisville theaters this week.

The movie, “Don’t Look Up,” stars Lawrence as Kate Dibiasky alongside Leonardo DiCaprio as Dr. Randall Mindy, plus a bevy of other big-name celebrities like Meryl Streep, Jonah Hill, and Timothée Chalamet. The two discover a comet big enough to destroy all life headed towards Earth and have to get the word out as quickly as possible, despite pushback and apathy from government officials and the media.

Lawrence took a break from acting in 2019, telling the Absolutely Not Podcast, “I realized that, you know, once you go into this machine, you just, it just doesn’t stop. And, you know, it’s like the next big movie, you know, do this, do this, do this. And you’re like, ‘Oh my God. Great, great. What a, what an amazing opportunity.’ And you’re just a part of this machine. And then you’re like, ‘Wait a minute. I’ve lost track of the kind of films that I want to make and why I want to make them.’ And I felt like my career had taken on a life of its own, like a slick, a slick life kind of thing. And I just had to make some changes and I did.”

Now, the Louisville native is back on our screens and also celebrating milestones in her personal life. Lawrence is currently expecting a baby with her husband, Cook Maroney.

If you can’t make it to a movie theater, you’ll be able to stream the movie on Netflix on December 24.

The movie currently has a 63% rating on Rotten Tomatoes.