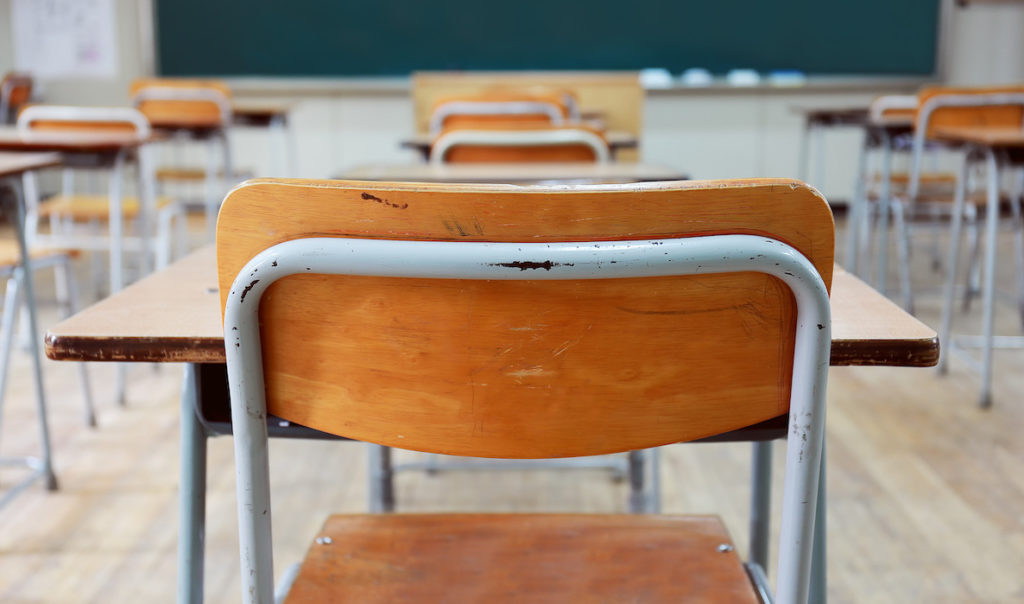 At least 103 current or recent JCPS students have been injured in non-fatal shootings.

As Louisville experiences record-breaking levels of homicides this year, at least 30 current or recent students of Jefferson County Public Schools have been killed in gun violence, according to a report prepared by the school district’s security staff and obtained by LEO Weekly through an open records request.

Additionally, at least 103 current or recent students have been injured in non-fatal shootings.

According to the Nov. 23 emailed report, those numbers counted people who were 19-years-old or younger and attended a JCPS school during the calendar years of 2020 or 2021 who were victims of gun violence in Jefferson County between Jan. 1 and Nov. 21 of this year. The tallies include students who recently graduated or otherwise did not return to school for the 2021-2022 academic year, which began in August.

Longtime anti-violence activist Christopher 2X, who heads the organization Christopher 2X Game Changers, was not surprised by the figures, given the level of gun violence in Louisville this year.

“Unfortunately it has been the most devastating year to date. And the only thing close to comparison is 2020,” he said.

There were 181 criminal homicides and 578 non-fatal shootings in Louisville through Dec. 12, according to the latest available Louisville Metro Police Department data. Of those, 24 homicide victims and 90 non-fatal gunshot victims were children aged 17 or under.

A JCPS spokesperson declined to comment on or confirm the statistics but did make a trauma informed care resource teacher with the district available to speak about the impact of trauma on students.

Shay Johnson, a trauma informed care resource teacher with JCPS, is part of a team that provides training to teachers in every school in the district on working with students who have experienced trauma. She said trauma, including gun violence, has a great impact on students, their behavior and their ability to learn in the classroom.

“What we talk about is the ‘invisible backpack’ that our students and staff bring into the school buildings every single day. And that invisible backpack is experiences that our kids go through that the teachers don’t know, that the principal and the administrators don’t know about — but they see the behavior that comes with that trauma,” she said.

For children dealing with trauma, she said, “It’s extremely hard to sit in the classroom and retain all the information that the teacher is giving out. It overwhelms the capacity to do the everyday things that’s expected of our students in the classroom.”

2X, the anti-violence activist, said the trauma of gun violence has a “rippling effect” on children in Louisville that extends beyond those who have been shot or witnessed violence firsthand.

“The unseen are what we describe as invisible kids, who are suffering in this community, wholeheartedly, from the secondary impact of trauma due to trauma,” he said. “Meaning they never get hit by a bullet, but they suffer from the secondary trauma connected to gunshots going off in the neighborhood, kids going through disaster drills that aren’t disaster drills…family members who are impacted by the violence directly.”

Among the students JCPS lost this year to gun violence was Nylah Linear, a 16-year-old rising junior at Pleasure Ridge Park High School who was shot and killed in July in Shawnee. Nylah’s mother, Candy, heard the shots that killed her daughter just blocks away and ran to the scene. Candy, who has four other daughters, was left feeling helpless by Nylah’s killing.

The only way to stop the killing, she said, is for everybody in the city to make it a priority.

“We have to get a hold of the youth. We have to. And it’s going to take everybody. This is not a one man, one person job — this is a job for everyone, because one person can’t do it by themselves,” she said. “It’s senseless. It’s very very senseless. And it’s not stopping.”

Eddie Woods, CEO of No More Red Dots, an organization that seeks to disrupt violence by speaking to those involved, said youth shootings were the result of streets flooded with guns and a “subculture of violence” that some children have fallen into.

In the killing of Tyree Smith, the 16-year-old Eastern High School student who was shot and killed while waiting for his school bus in Louisville’s West End in September, the two suspects arrested by police earlier this month were both also 16 and JCPS students.

In a year’s time, Woods said, it’s very likely Louisville will again be reckoning with setting a new homicide record.

“It won’t be because we’re not working on it. But it will be because we have not figured out a way to reduce the number of guns,” he said.