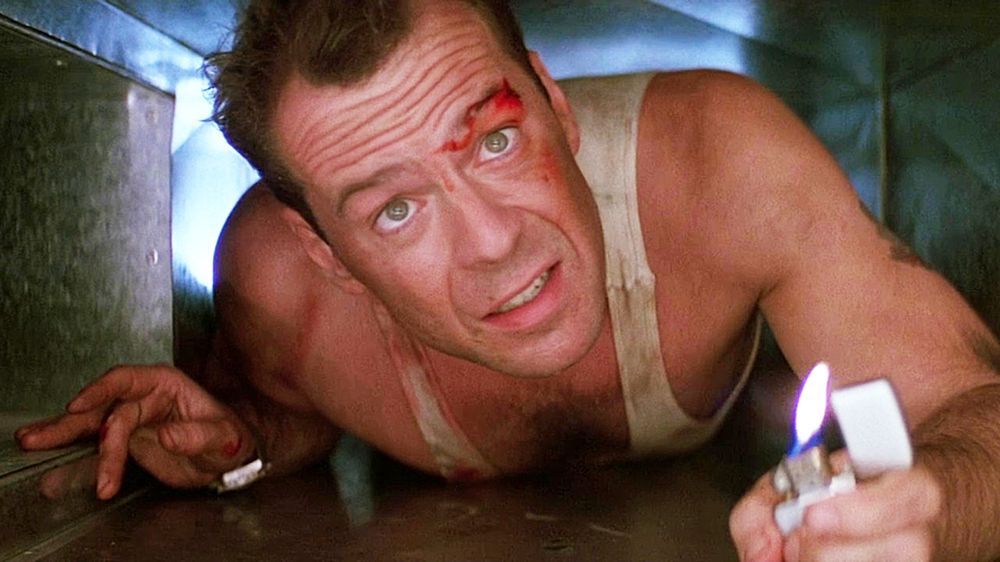 We will dire hard on the hill that "Dire Hard" is a Christmas movie.

They will have lots of beers on tap and a peppermint white russian as their signature cocktail.

The movie, in case you don’t know, takes place at Nakatomi Plaza in L.A. It centers around detective John McClane who is the obvious person to save all of humanity from certain doom but, basically, in this movie, he wants to reunite with his wife on Christmas Eve.

His wife says fuck it and abandons their life together to do her own thing. She takes the kids, changes her name and that’s that….

At Nakatomi Plaza, some evil East German terrorists break into the Christmas party and take the folks hostage. This was back when white folks were terrorists on screen — I laughed, too, and shot a mean side-eye at Hollywood and, well, political machinations of the modern age.

Anyway, McClane does his thing, stealthily kills off the gang, learning that they want to steal some bonds. Finally, McClane kills their leader, the infamous Hans Gruber (pour one out for our homie Alan Rickman playing Gruber) who falls 30 stories from the window in a very famous scene.

The rest you’ll have to see for yourself. The movie came out in 1988, so America was in a strange place, and this movie was certainly a fun highlight of the era.