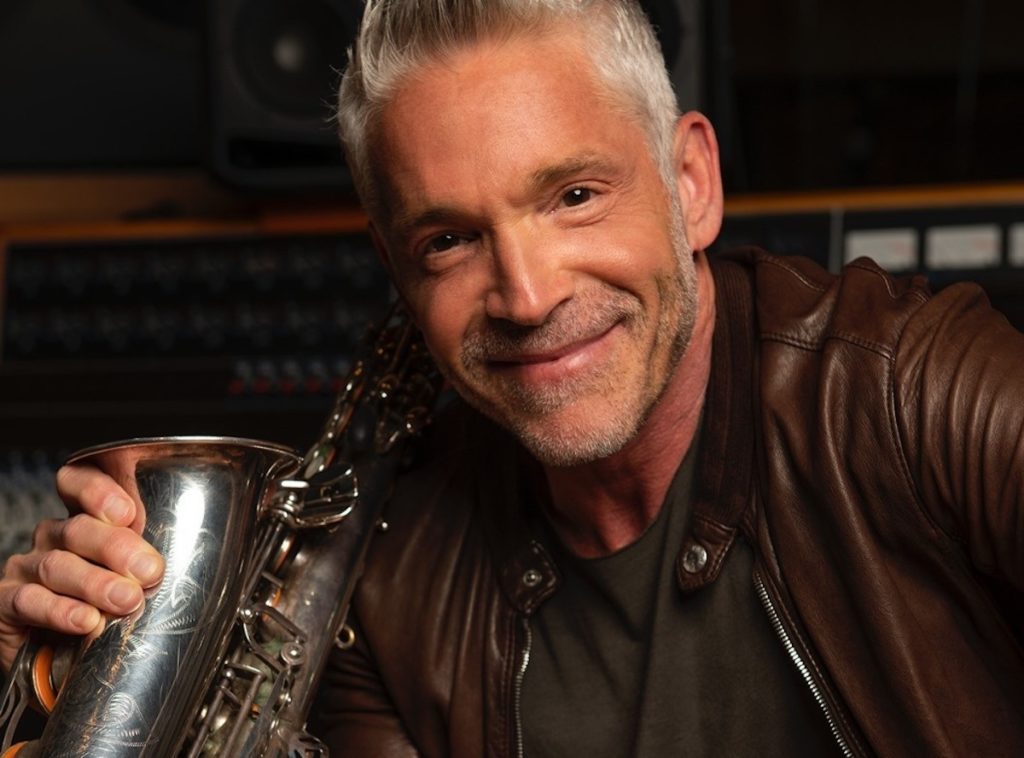 Dave Koz is on a Christmas tour, and he'll be stopping in Louisville on Dec. 12Photo via Dave Koz/Facebook

It’s easy when working on a local paper to get lulled into a kind of musical complacency and fall into the trap of navel gazing at local music all the time, because Louisville music is so many things and such a wide spectrum of great sounds. Even when we here at LEO venture out into the wilds of the musical landscape to preview a show, it’s easy to fall back on certain types of acts, music, and appealing to a certain demographic of listener. But that said, we’re never afraid of a challenge or of broadening our scope.

With that said, let’s talk about smooth jazz. Dave Koz is coming to Louisville, and we’re here for it.

Koz is bringing his “Dave Koz and Friends” Christmas tour to the River City, playing at the Brown Theatre on Sunday, Dec. 12. With him will be Grammy-winning South African guitarist Jonathan Butler, trumpeter Rick Braun, saxophonist Richard Elliot and singer-songwriter Rebecca Jade. This show certainly has something to offer fans of jazz, soul and R&B. Koz himself has worked with a slew of great artists like James Brown, Brian Eno, Stevie Wonder, Roger Daltrey, Brian McKnight, Bobby Caldwell (just look him up), and David Sanborn. He’s racked up plenty of accolades, including nine Grammy noms and 12 No.1 Billboard Contemporary Jazz Albums.

In addition to his career in music, Koz hosts radio shows, partners with his siblings on a cannabis edibles company called Dr. Norm’s. The company honors Koz’s parents and is the No. 1 edibles company in California according to Koz.

LEO Weekly: Tell us about the show.

Dave Koz: The four people that are joining me… the other artists are some of my very best friends in the world of music, and also some of my favorite people on the planet. So we’ve got Rick Braun on trumpet and Jonathan Butler, the South African guitar/singer, incredible saxophone player named Richard Elliott. And we’re introducing a female singer named Rebecca Jade, who I’ve known for quite a long time, but this will be the first time that she’s joined us on tour.

All of us are great friends and, really, the idea behind this tour and especially this year is to bring that warmth and a familial feeling and nostalgic feeling that the Christmas holidays bring for people, to bring that to the stage. And, hopefully give people a little comfort at a time when everybody needs it.

This is a, there’s going to be a special Christmas, I think. So I’m very excited about that.

What about new music?

I was able to release two full albums. One was called A New Day that came out around this time last year in honor of the 30th anniversary of my first album coming out. And then we followed that up with a very different project collaborating with a young artist out of Minnesota who’s incredibly popular with younger people and his name is Cory Wong and that album, it was called The Golden Hour.

It was nice being sidelined from touring during the pandemic; I could really sink my teeth into making some new music.

Talk to me about how these albums allowed you to experiment a bit.

The first one, A New Day was made —I’ve never done this before, and I hope to never have to do it again — it was a completely virtual project. Like nobody saw anybody during the making, even the songs themselves were written virtually because we had to. Nobody could actually go anywhere. But the beautiful thing about that project was — every musician you could imagine, any musician, you knew that you could call them, and they were home. They were looking for things to do.

It was sort of, in a way, kind of effortless how that project just kind of materialized and some of the greatest performances ever for me on my records, because there was this energy, this pent-up energy that musicians had when they finally got to sink their teeth into something, they really did. And so that album kind of just exploded with energy.

And then in a very different way, Cory Wong, who I’ve known for the last few years… He’s a young artist and he got it in his head that he wanted to collaborate with me. He actually wanted to be on one of our cruises, and he was like, ‘Why am I not on the Dave Koz cruise, and who is this Dave Koz anyway?’ He would talk, a few years ago, he would talk, in his shows about me, and he would deputize his fans to say, ‘I want you to go on social media and drive Dave Koz crazy until he books me on a cruise’.

And that actually happened. I was minding my own business. And I get all these posts from these people I don’t know, all these kids saying, ‘You gotta use Cory Wong’ and I’m like, ‘Who’s Cory Wong?’ So it was very funny.

[On working with Cory] It was like getting into the fastest race car you could imagine, closing the door, buckling up and then driving really fast. That’s the way this whole project felt and still feels. And I’m really proud of it.

People have gotten a little weird over the pandemic. How do you think this will affect the smooth jazz crowd?

Yeah, we did shows over the summer. We have a summer package called Summer Horns that we’ve done for many years. So we did, I think maybe about 19 or 20 shows, and that first show back, I’ll never forget it. This was the first show back after COVID. This particular one for me was in Clearwater, Florida at a venue that we’ve played many times. It was unbelievable. The joy of coming back and the audience being so excited. That was in July of 2021, but then the next show, the next night we were in Jacksonville and it was as if, ‘Well, okay, we’re back on tour.’ That rush of coming back lasted one day. And I was surprised by that.

But then at the same time,  I was like, ‘OK, great. This is the way that it should be.’ People are coming to shows. They’re feeling comfortable enough to let their guard down, have a good time. Of course, maybe it’s in the back of their mind, you know, to be safe and make sure that they take good care of themselves, but they’re giving themselves the freedom to access this other part of themselves that had been dormant for a long time.

I was really excited to see that. And I think that this tour will be a continuation of that.

Tell me about Dr. Norm’s?

It’s a baked good company that operates in the cannabis space. It didn’t always, but my mom was a — she never did it for pay, but she was an amazing baker. She used to make these chocolate chip cookies that were infamous in circles. And, when she passed away — she’s already been gone 15 years — my sister, because we were tired of hearing people say, ‘You know, I really miss your mom’s cookies,’ found the cookie recipe and started making them. And then she did this business called Audrey’s Cookies, which was my mom’s name, for a few years. Then my brother came along, and this was right before cannabis was legalized in the state of California— my brother jokingly said to my sister, ‘We should make Audrey’s a weed cookie company.’ My sister said, ‘There’s no way!’ Then she started doing the research. My mom was a pharmacist. My dad was a dermatologist. They were both very committed to helping people and healing people in their own way. And so, when my sister did the research and found out the healing properties of cannabis, she got on board. And then Dr. Norm’s was created. It is now, I kid you not, the No. 1 cookie in California…cannabis cookies in California. And they’re really, really good, and they really help people. So, it’s a beautiful thing.

Too bad you can’t bring them on tour. (joking but not joking)

I know, I can’t cross state lines. I don’t want to get arrested before the Louisville show.

Tickets to see Dave Koz at the Brown Theatre on Sunday, Dec. 12 start at $52.65. You can purchase them here.