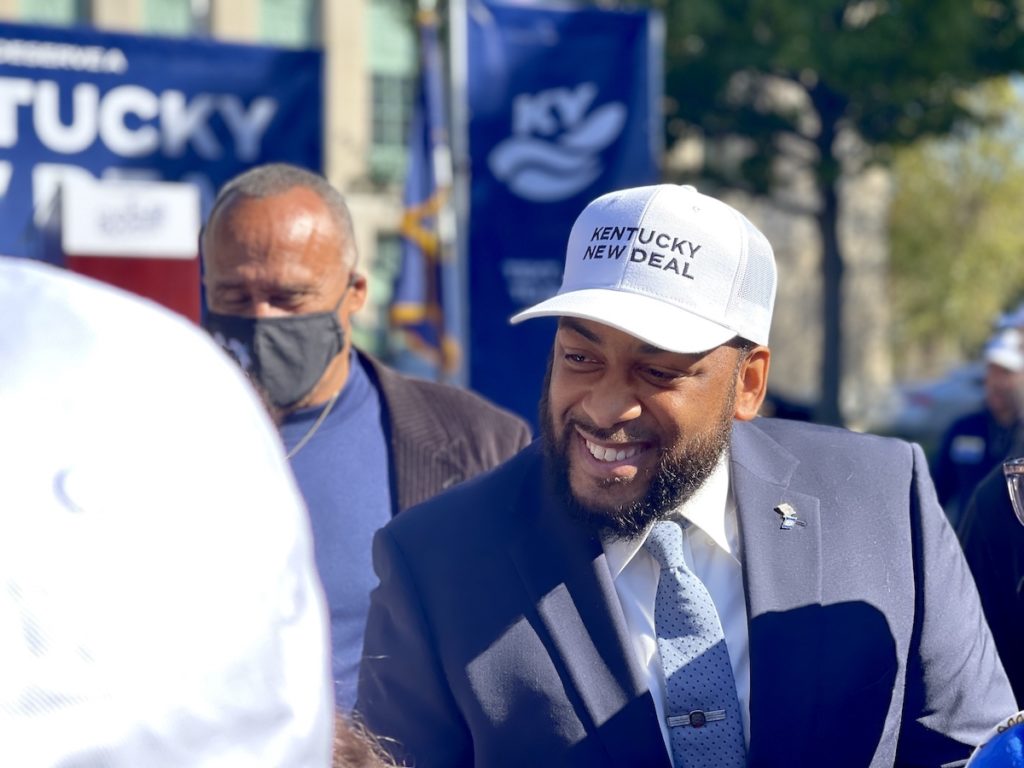 Not only is progressive politician Charles Booker gearing up for another Senate run in 2022, but he also has a memoir coming out, “From The Hood To The Holler: A Story Of Separate Worlds, Shared Dreams, And The Fight For America’s Future.”

And you can get a signed copy through Carmichael’s Bookstore.

If you pre-order a hardback copy of the book through the store, and place your order before April 2, a signed copy of “From The Hood To The Holler” is available for $28.

The book, which is scheduled to be published on April 26, follows Booker’s journey from growing up in an impoverished neighborhood to his political career. The Louisville-based 37-year-old who formerly served in the Kentucky House of Representatives, previously ran for the U.S. Senate in 2020, losing in the primary to Amy McGrath, who ultimately lost in the general to Mitch McConnell. This time, Booker, who announced his 2022 candidacy this past summer, is setting his sights on the seat of Rand Paul, the libertarian who is seeking another term.

Pre-order the book here. And read LEO Weekly’s Q&A with Booker about his current campaign here.