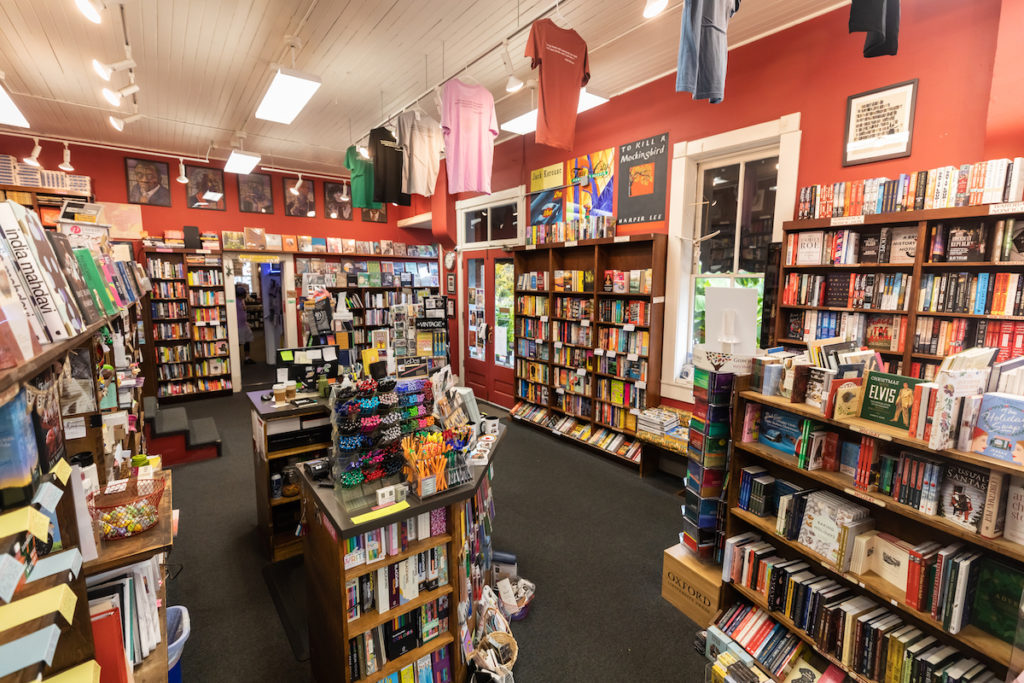 Carmichael's Bookstore would be a great place to look for these local books.Photo by Kathryn Harrington

What do you want your friends and family to be reading this winter? Books were always a great gift-giving bargain when the holiday season served as an overture toward weeks spent indoors. Here’s a form of intellectual and emotional enrichment, in infinite variety, that is made for enjoying in socially-distanced safety—yet books let you experience new adventures and new worlds. (I’m not even going to bother to broach other dimensions, such as time, but the fine novel I’m suggesting below is historical fiction.) As you consider gifting (even for yourself), take a look at a sample of what local publishers and authors have made ready for you. 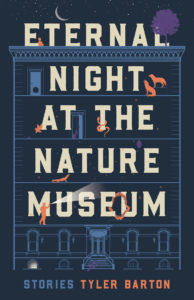 As titles go, “Eternal Night at the Nature Museum” might be considered less-direct but akin to “A Clockwork Orange” in saying that modern actions and relationships seem to have gone haywire, with their organic bases recognizable but made peculiar by evolving social norms, cultural inertia and the like. But readers who open up to Barton’s stories will find they accrue quite an impact. But that doesn’t mean you have to be patient through a slow-burn: the collection opens with the equivalent of a rock ‘n’ roll anthem. “Once Nothing, Twice Shatter” transitions a drug-dependent sad-sack radio announcer from his reliance on a blackmailing dealer to his doubtful ascendency in the draft of a rising and ambitious (but not always capitalistic) demolition derby kingpin. It might seem manic, but what’s on offer here is far from a mere surface experience.

Personal reconstructions of dubious merit occur often to the point-of-view characters in these stories. (Only eventually is there some clarity for the ex-con who doesn’t quite understand food chains, though he’s supposed to teach youngsters about them at his aquarium job.) But the author knows the routes by which a ready readership can put on and walk a mile in the shoes of any character he creates — which is why he can pepper his collection with flash fiction that doesn’t need a full character arc to be devastatingly effective. As long as your gift-recipient reader can handle a sharp stylist who’ll show his absurdist (and sometimes just plain wise-ass) wit not only in plots but also in quick asides, this book’s a winner.

A Book of Cuisine (but not your typical recipe compilation) 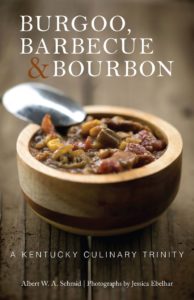 I’ve reviewed plenty of regional cookbooks, going back decades, that include variations on burgoo. Often these have made the dish gentrified, modernized or otherwise taken away from its roots. Perhaps that’s excusable, but the timidity carries with it a tinge of sadness. In contrast, the very first ingredient of the very first recipe in “Burgoo, Barbecue, & Bourbon: A Kentucky Culinary Trinity” is… “6 squirrels.” That’s more like it!

According to author Schmid, “…it is important to show both the game in the burgoo and the large batching, both of which are traditional…” So bring on the groundhogs (you can’t have just one). And let’s see the version that supposedly made 1,200 gallons and was so good a Derby-winning horse was named in honor of the chef.

The author is clearly more concerned with delivering a rollicking entertainment for the curious and culinary-adjacent than in providing inspiration for a foodie to try every recipe. Trivia about bluegrass politicians, western Kentucky barbecue traditions, and other institutional excuses to have a crowd together for a flavorful meal are tossed around alongside carefully documented borrowings from many earlier cookbooks (with a particularly admirable variety of barbecue sauces).

The sections on sides and breads and desserts hew toward reasonable serving sizes. But when it comes to bourbon, of course you have to have something tasty that takes up an entire punchbowl. 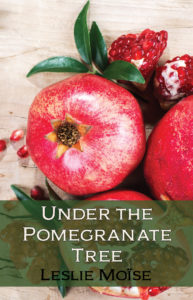 Author Moïse’s personal journey — including a painstaking, gradual stroke recovery — is in vital ways a parallel to the one undertaken by the young woman Sarah in “Under the Pomegranate Tree.” Both seek independence and must find their way to develop a persevering inner strength after relationships with men have ground down trust. Along the way, both have found that they can learn to summon hope, and its first signs may be found in what they share with animal companions. (Moïse is an equestrian.)

Sarah is of an ancient Middle Eastern people. At the novel’s start, she has intentions that are not far removed from the direction she will pursue throughout the tale. But in her propertied family, among cautious or cowing servants, much of her path toward learning can only be found through one family member who is a kindred independent spirit. This mentor will bestow on Sarah knowledge of medicinal and herbal healing — plus the encouragement to think for herself, which Sarah sees as key to avoiding a forced betrothal.

Soon finding herself alone, Sarah is beset with situations stemming from forceful entitlement by men who claim power, or upon whom it is bestowed. Before she fully comprehends the roles that pity and mercy might occupy in the life of the woman she is becoming, she will tangle with the full demanding and confounding range of emotions — plus encounters that take her through the oft-brutal demands of centuries past. Moïse tells Sarah’s story with clear-eyed restraint — this isn’t demure, and neither is it a simple feminist polemic. It is a universal story, shared with understanding for how such adventures and gauntlets and all manner of challenges to growth into maturity are similar for many women — modern as well as ancient.