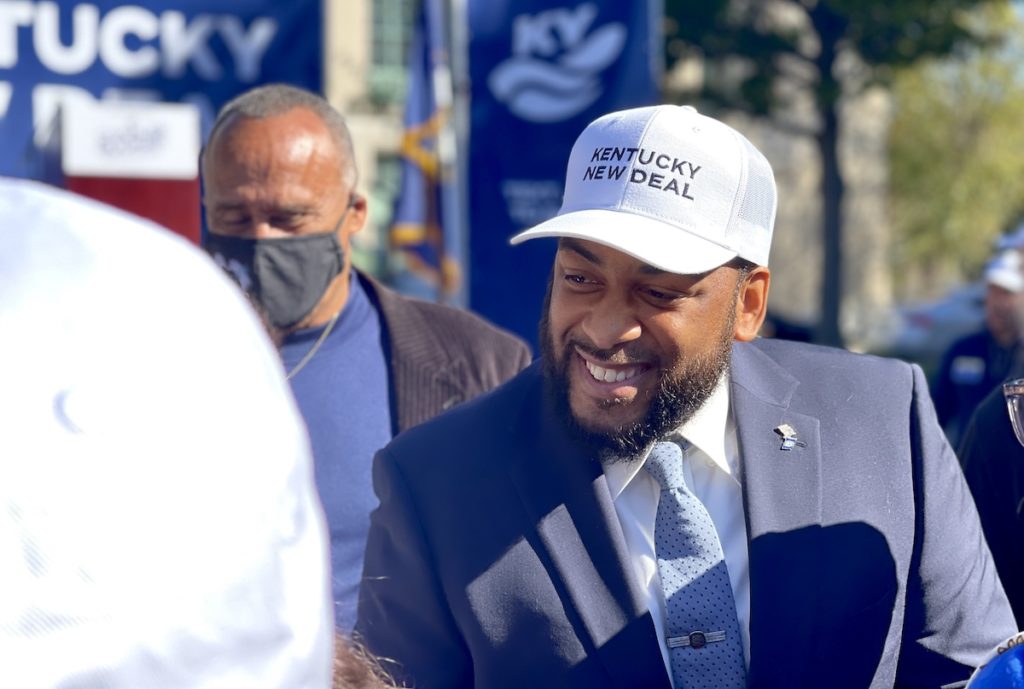 Yarmuth, the founder of LEO and current Chair of the House Budget Committee, has served as the member of Congress for Kentucky’s 3rd Congressional district since 2007. He announced his retirement earlier this year. Booker, who is running against Sen. Rand Paul, previously worked as Yarmuth’s campaign coordinator in 2010 and 2012.

In a statement, Yarmuth said, “I am proud to endorse my friend and fellow Kentuckian, Charles Booker, as the next U.S. Senator from Kentucky. Charles believes, as I do, that government should be a force to improve the lives of Americans, especially those who are left behind by the current system. He will only be beholden to his conscience, his faith, and his love for the people of Kentucky.

“It is rare that we have an opportunity to elect a person whose motives are pure, whose passion to serve is unparalleled, and whose skills match the challenges we face. A vote for Charles Booker will never be regretted.”

In his own statement, Booker said, “We are building a campaign that will transform the future of Kentucky and it is an honor to have that vision supported by one of the leading champions for American families in Congress. I am humbled and grateful for Congressman Yarmuth’s support in this race and his mentorship over the years.

“The Congressman’s ability to bring together people of all walks of life and work towards a future for all Kentuckians – no matter your party, where you’re from, or what you look like – is what gave me hope that someone like me could run for office in the first place,” said Booker. “I have carried his example with me throughout my career and into the present as we fight for Kentucky’s future boldly and without delay. From the bottom of my heart, thank you, Congressman.”