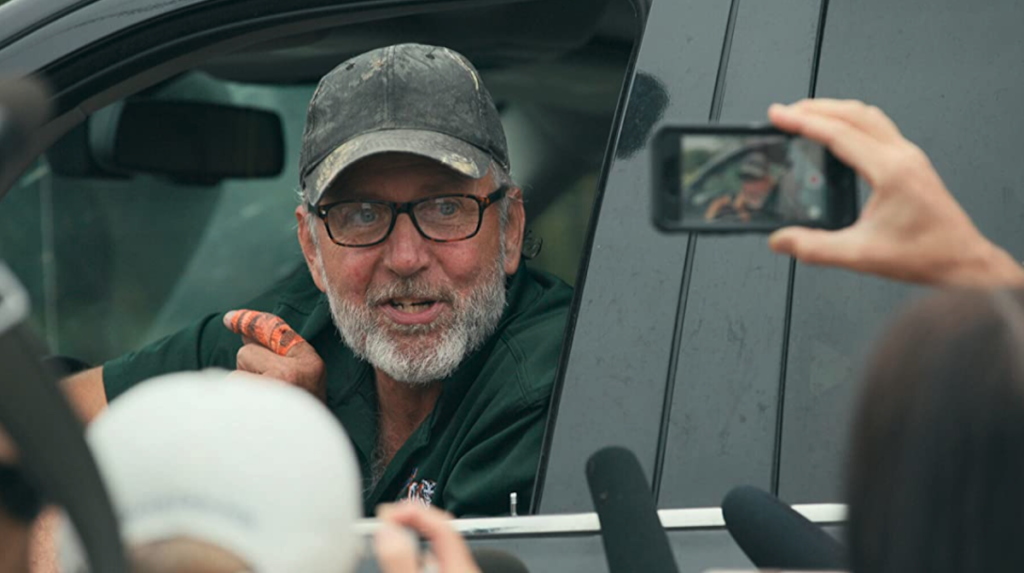 “Tiger King 2,” the second season in the enormously popular “Tiger King” series that premiered in March 2020, debuted on Wednesday. It follows Joe Exotic’s life in prison and his unsuccessful attempts to get a pardon from President Donald Trump, theories about how Carole Baskin’s husband died and fellow zookeeper Jeff Lowe’s attempts to run Exotic’s former property in Oklahoma with Tim Stark.

(Incidentally, much of the original season was edited in Louisville, according to the Courier-Journal.)

Stark, who has a website and TikTok channel about his experience with keeping exotic animals and his time on the show, features in the last two episodes of the series, “The Lyin’ King” and “Stark Raving Mad.”

Stark racked up more than 120 USDA violations while running Wildlife In Need between January 2012 and January 2016. PETA sued him in 2017 for cruelty to his animals and won the lawsuit last year, which the last two episodes of “Tiger King 2” spotlight. Stark is now forbidden by a judge’s order from ever owning exotic animals again without permission from a court. In July, he auctioned off his property and its contents (minus the animals, who have since been relocated to animal sanctuaries.)

“Tiger King 2” features WHAS11’s investigation into Stark’s business. KyCIR originally investigated Wildlife In Need in 2014 and has covered it several times since.

So far, many critics’ reactions to the new season have been negative. A CNN writer says that “Tiger King 2” “isn’t grr-reat”; a Polygon review says that the season “struggles to find a purpose.” (Although that review also says that Stark’s episodes are the most exciting of the series.)

A TV critic for the Boston Globe wrote, “I just don’t need to ingest any more of this toxic mess of a reality show, which encourages us to rubberneck people who are troubled, deluded, harmful, and/or willing to do anything for attention. It continues to gross me out that viewers are willing to transform these ethically challenged and exploitative members of the Big Cat world into famous people.”