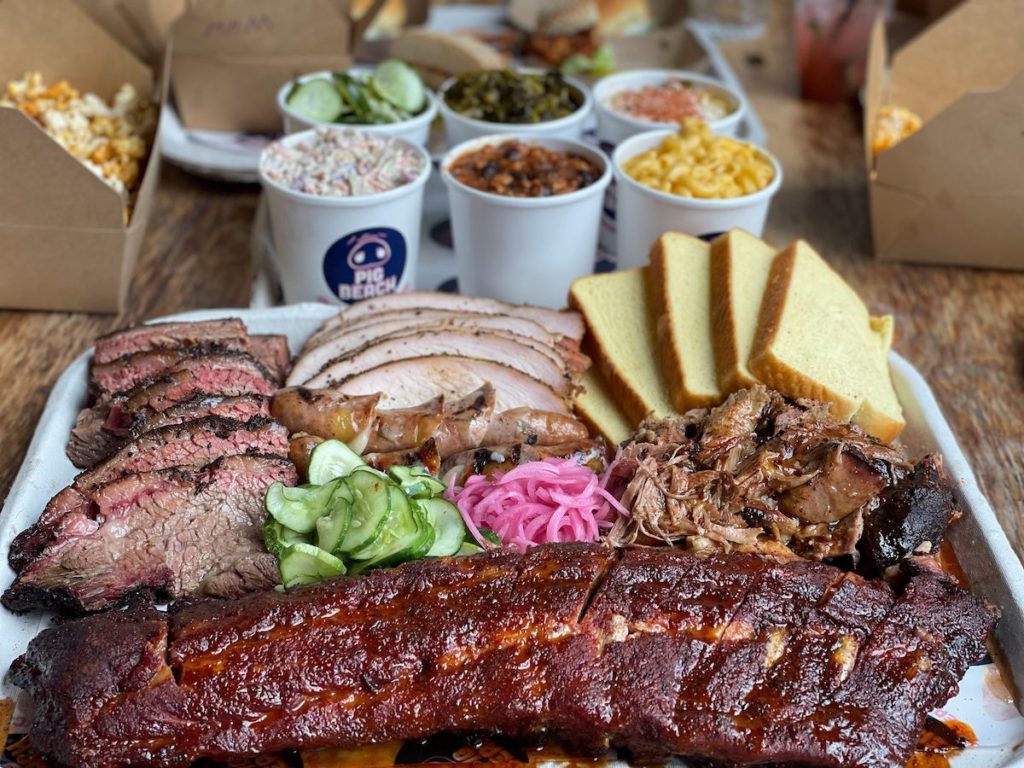 We’ve long wondered what would take over the former Doc’s Cantina building along the Waterfront over the five years it’s been empty. It’s a large space in a unique location that benefits from a riverfront view and close proximity to the busy Big Four Bridge. Now, we have the answer: A nationally-acclaimed, New York BBQ chain.

Pig Beach BBQ is set to open this coming spring at 1201 River Road, which also used to be home to Tumbleweed TexMex Grill.

This barbecue restaurant started in Brooklyn, New York, and has been featured in the New York Times, the Food Network and on the Today Show. This will be its fourth location, after two New York locations and a third spot opening in West Palm Beach, Florida, this winter. They hope to open before Derby (when else?), around April.

Pig Beach BBQ Executive Chef and partner Matt Abdoo shed some insight on why the restaurant chose Louisville as its next location.

“Louisville’s warm, welcoming vibe and rich bourbon culture pairs perfectly with our style of barbeque and hospitality,” he said.

Abdoo said that Pig Beach plans on partnering with local distilleries, breweries and purveyors on its menu.

The owners of Pig Beach BBQ are also on the same page as LEO about their future, 14,000-square foot home, and its assets.

“Our dear friend Brook Smith, a fixture in the Louisville community, introduced us to Waterfront Park and we were immediately blown away by everything this space has to offer,” said Pig Beach BBQ Partner Rob Shawger in a statement. “From the phenomenal views to its proximity to the amphitheater, ongoing events—it’s truly got it all.”

Executive Director of Waterfront Park Deborah Bilitski weighed in on the addition to the area: “Pig Beach offers amazing food and a welcoming atmosphere, making it the perfect fit for Waterfront Park,” she said in a statement. “We look forward to activating the restaurant space and integrating Pig Beach BBQ into the park, our events and other offerings.”