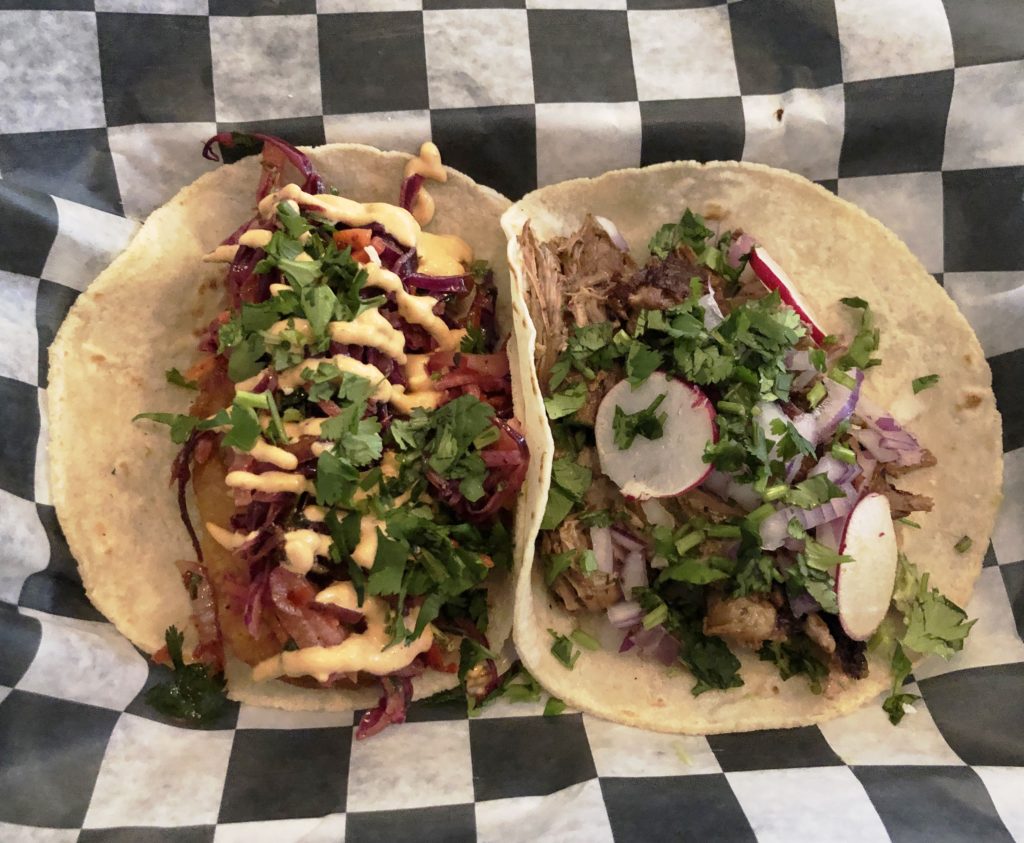 A pair of tacos — fried cod (left) and carnitas — at Taco City. | Photo by Robin Garr.

The taco restaurant currently has two locations, its original outpost in the Highlands (1283 Bardstown Road) and one in Middletown (11601 Shelbyville Road), the latter of which opened this spring. The new one will open in mid-January at 3085 Breckenridge Lane, right by Hikes Point Kroger.

Owner Oscar Estrada told LEO that the impetus for opening a new location came, in part, from the popularity of the first two.

“We’ve been having a lot of success on the two previous locations that we already have,” said Estrada. “When we first started with the Taco City concept, we had in mind to open about five stores in Louisville. We’re reaching our goal so far.”

Much of that, he said, was thanks to the increase in carry-out dining over the last year and a half. When the pandemic started, the restaurant’s only location was the one in the Highlands. The first week of the pandemic was a struggle for the business, but after that, carry-out orders became a lifeline for the restaurant: “A lot of people got to know where we actually were, and we got really busy.”

“Believe it or not,” Estrada said, “since COVID started, it really helped our businesses.”

All of the food at each Taco City Louisville location is made fresh by hand daily. Besides tacos, the restaurants also serve Mexican favorites like tortas, nachos, burritos, quesadillas and margaritas, but the new location will be getting a number of new offerings as well: another vegetarian taco, a brisket taco, more salad options, and an expanded drink menu.