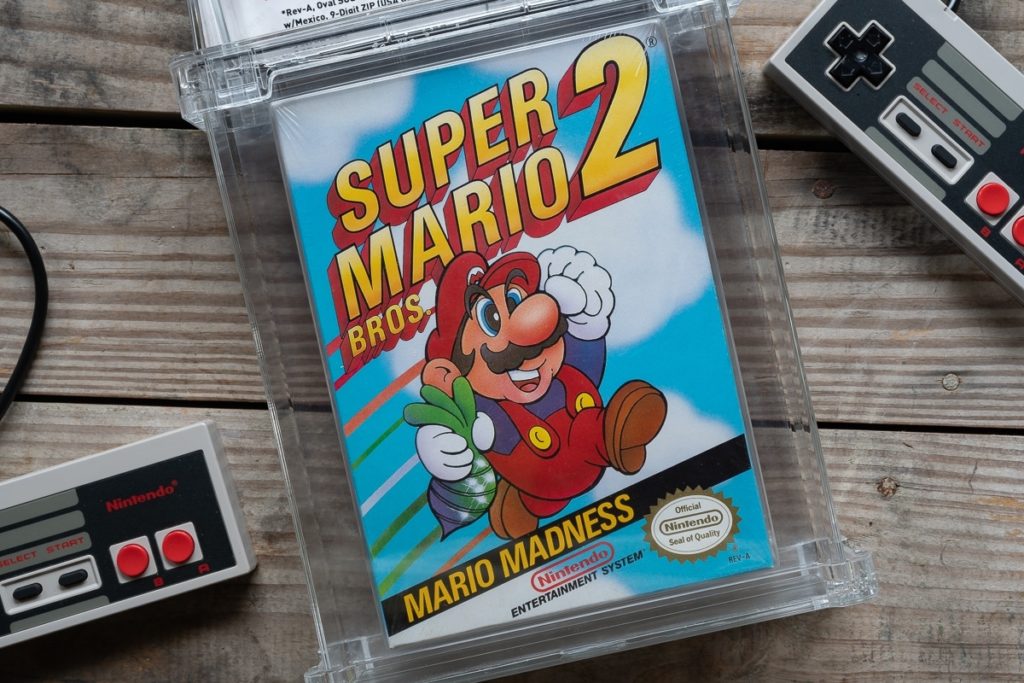 This bad boy was unopened and in mint condition.Photo via Harritt Group

A near mint edition copy of the 1988 video game “Super Mario Bros. 2” — which, despite not having today’s graphics, is the most trippy and strange entry in Nintendo’s flagship series — sold for a staggering $88,550, thanks to a random find in the back of a Southern Indiana closet.

Still wrapped in the original plastic, in almost flawless condition, the copy received a seal rating of A+ and a box rating of 9.8, which makes it an extremely rare copy of game that sold more than 7.4 million copies world-wide, making it the fifth best selling game for the NES system.

So, don’t get too excited about that grungy copy splattered with RC Cola and pizza roll stains that you have stashed away in the basement — the reason this made so much money is that it looks almost the same as it did about three decades ago.

According to a story on Fox 59, the game was found in a walk-in closet at the Floyds Knobs home of Patricia Martin, and the money will be split among family members.

It was auctioned off by the Harritt Group, who posted this as the background info on the site they listed it on:

“At first glance, it was a comforting wave of classic Nintendo nostalgia. All the classics were there, Super Mario Brothers, Duck Hunt, Qix, and even an NES console. So we did what any children of the 1990s would do: we fired up the console and tested the open games. It was a great day! At a second glance, it was something else entirely. The seemingly ordinary collection included an extraordinary unopened copy of Super Mario Bros. 2.”

Also, if you’re not an insanely rich person, and just want to play the game to remember how frustrating it is, you can pick up a used copy of the cartridge for about $25, or stream it on Nintendo Switch Online.

Just looking for a video walkthrough of Mario and company’s fever dream? Here you are: