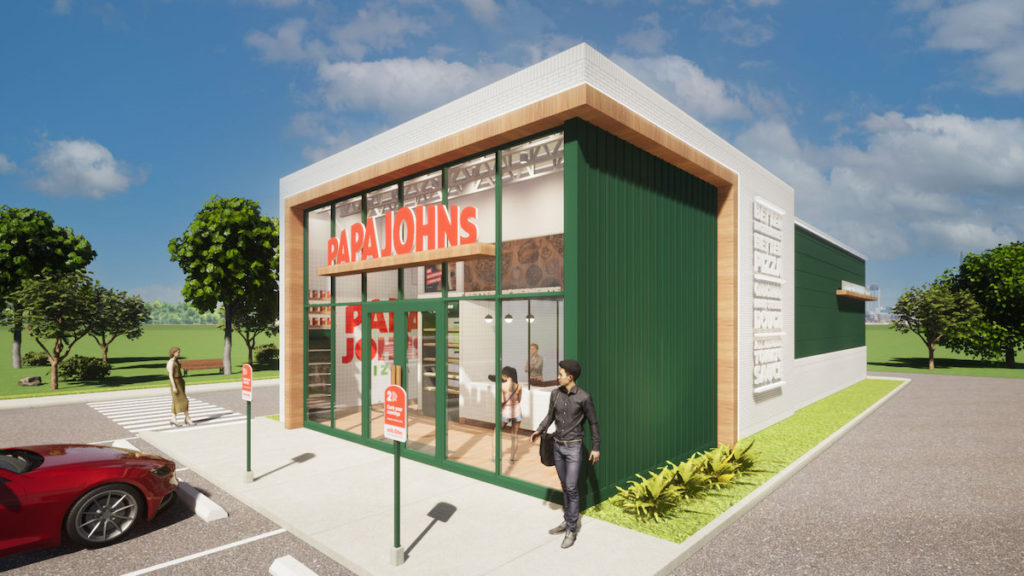 The pizza chain took the apostrophe out of its logo in a new rebrand announced today.

The move — which also includes a more modern restaurant design — comes less than two weeks after Schnatter blamed insiders at Papa John’s for kickstarting his downfall, which ended in him quitting the pizza chain that he founded.

But, this change seems to have been in the works for a while now. Louisville Business First reported in 2018, just after two months after Schnatter left, that the company had filed a new logo with the U.S. Patent and Trademark office that didn’t include the apostrophe.

There was no mention of Schnatter in today’s press release announcing the rebrand, unsurprisingly.

Instead, here’s what Papa Johns’ Chief Commercial Officer Max Wetzel had to say about the decision behind the rebranding: “We are evolving how the Papa Johns experience comes to life across all touchpoints, while remaining true to what got us where we are today and bringing to life our continued aspirations to improve and grow. This new experience is both a celebration of our tremendous momentum and a vision to inspire future growth.”

In addition to taking out the apostrophe, the company also updated the typeface and colors in the logo.

The new restaurant design fits in with what a lot of fast food places have been transitioning to in recent years: A boxier look with an open floor plan. Similarly, Papa Johns says that it is adding a self service option at the pickup counter “that allows customers to quickly grab their order without waiting in line.”

Schnatter has been quick to trash Papa Johns since his departure, which was preempted by the leaking of a recording of him saying the n-word on a call with an ad agency. Schnatter is currently suing the agency, claiming he was set up.

In 2019, Schnatter claimed in a WDRB interview that he had eaten 40 pizzas in 30 days and that it was no longer good. But, if you go by the numbers, Papa Johns has done fine without him, with the chain’s quarterly same-store growth increasing faster than Domino’s and Pizza Hut.