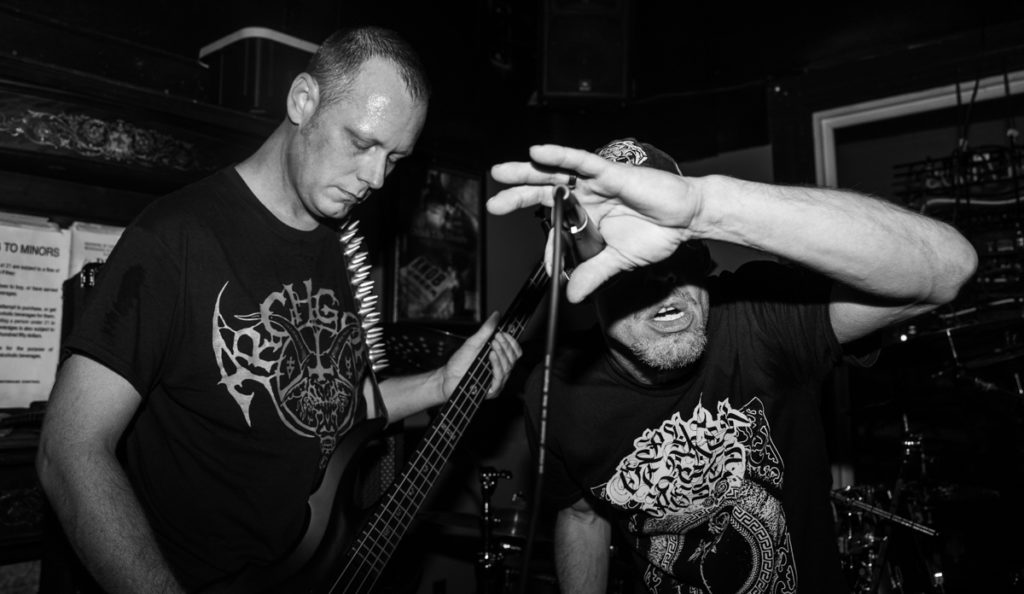 The free Metal Monday shows at Highlands Taproom took a 17-month hiatus until early August of this year (take a wild guess why), but now they’re back. The bar is once again bringing the hard-driving riffs and rhythms to Louisville’s metalheads.

I went to Highlands Taproom this past Monday night to photograph the two bands: Bihargam, from Bowling Green, and Crown ov Serpents, from Louisville. The show ran late –– I didn’t get home until 1 a.m. –– but the turnout was enthusiastic and strong.

Brian Omer, who books the bands for Metal Monday, told LEO that he was initially cautious about restarting the concert series due to COVID concerns.

“Honestly, I was a bit nervous, bringing it back,” he said. “That room is small and it packs in quickly. I mean, 30, 40 people – you’re asses and elbows.” “I actually wasn’t gonna [restart] it, but then there was just the demand for it. The first one back, it was a lot of people, so I was like, “Okay, we’ll just keep it rolling again, back at it.’”

Still, he said, he’s gotten less nervous about crowds in the bar over the last few months –– in fact, this Monday was the first time in a long time that he didn’t wear a mask inside. Other regulars are starting to do the same, he’s noticed. So far, all signs point to Metal Monday returning in full force. There are four more shows at Metal Monday currently booked through the end of this year, then two in January.