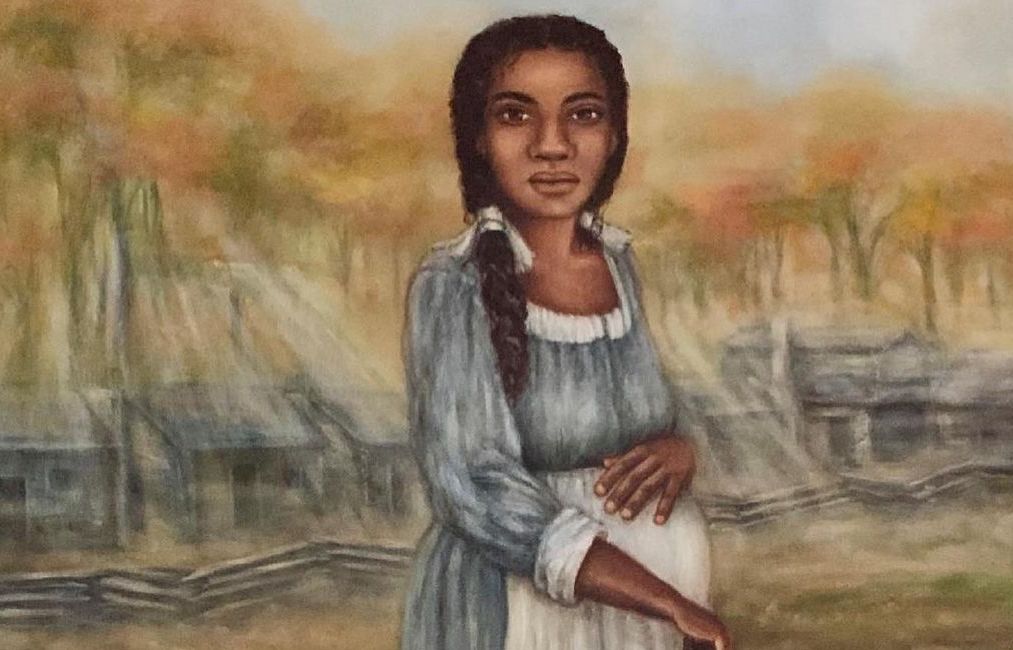 A painting of Dolly, made by Audrey Menefee.

In the chronicles of untold Black stories in America, yet another tale of a Black woman from the time of this nation’s founding is coming to light.

“Dolly,” who was previously only known as “negro woman” was one of two women on the Daniel Boone expedition and one of the first Black women to settle in Kentucky. Composer Rachel Grimes has created a 30-minute film detailing and celebrating the research she’s made into the life of Dolly. The film, “Along the Way Forth: Unraveling Dominion” will be shown each Sunday in November at the Frazier History Museum. Showings start each Sunday at 2 p.m.

Dolly was enslaved by Richard Callaway and was responsible for preparing meals, tending fires, scraping animal hides and preparing pack animals. In addition to the hard labor, Callaway imposed himself on Dolly. He is presumably the person who impregnated her with their son Frederick, who was later sold away to another explorer Nathanial Hart. When Callaway was later murdered, Dolly was left to spend the rest of her life in service to his widow Elizabeth Jones Hoy Callaway. She lived into her 80s, and there is no evidence that she ever obtained freedom.

There are no known pictures of Dolly but a painting of her by Audrey Menefee in collaboration with Grimes and Lamont Collins of Roots 101 hangs at the Frazier.

See “Along the Way Forth: Unraveling Dominion” each Sunday in November at 2 p.m.