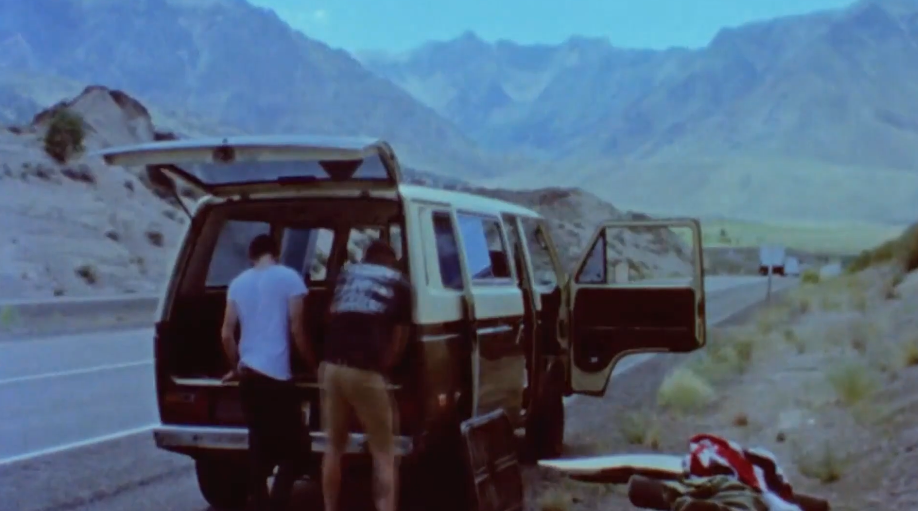 Even though the pandemic prevented the Hawks from performing live it also, ironically, gave them time to consider what it’s really like out there.Via YouTube/Hawks

With “Never Going Back” the Hawks prove that just because you’ve never lived a life on the road it doesn’t mean you can’t still write an authentic sounding song about it. “It’s about the ups and downs of it,” the band’s singer and guitarist, Danny Cash says. “But it’s entirely fictional since we’ve never played outside of Louisville.”

Singer and percussionist Betsy Kelly elaborates, casting the song in a deeper light. “When you’re young and on tour, you’re pumped to get out there and meet new people and see new things, and then as the tour goes on, you fall into a rut and find that you’re doing the same thing day in and day out, just in different places for different people. The glamor and excitement of being on the road fades as the routine becomes mundane. Much like Dorothy, you realize that everything that matters to you most is at home.”

“Never Going Back” certainly has the pedigree of a proper road song, a mid-tempo number balanced on the the thin line between country music’s lost highway and the sing-along jauntiness of 70s acoustic rock. Cash and Marty O’Toole’s guitars jingle and jangle with a modern Stones-y vibe and a stab of fiery blues leads while the drums and piano drive a steady train of swaying rhythm.

“This is probably the most ‘Nashville’ song on the album,” Kelly says. “It’s is a bit out of my comfort zone, but I was really happy with the finished product and how my harmonies turned out.”

Cash, for his part, designed the song to represent an actual band tour, or, as he says, “the endless road trip that every musician knows.”

“For the most part, it’s laid back and repetitive, like time on the road. The biggest part of touring is travel. Just sitting in a van, passing time, trying to get to somewhere else. But then you get those few magical hours on stage where it all comes to life, which is represented by the guitar solo. Then the show is over and everything is quiet again, the house lights come up, and it’s back on the bus, back on the road, and on to the next town.”

Even though the pandemic prevented the Hawks from performing live it also, ironically, gave them time to consider what it’s really like out there.

“The meaning of the ‘never going back’ lyric changes throughout the course of the song,” Cash says. “In the beginning, it’s positive: we’re never going back to our old 9 to 5 jobs. Life on the road is great. But by the end, it’s changed to ‘we can’t go back,’ meaning that it’s not even a choice, that the life that got left behind isn’t even there anymore.”