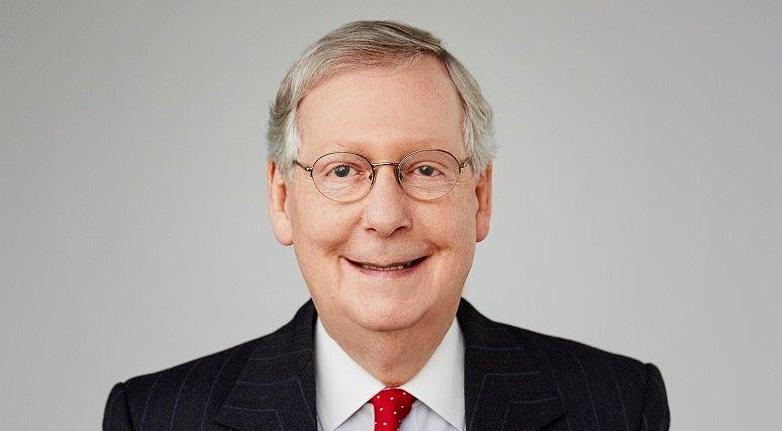 Mitch McConnell and Donald Trump’s relationship continues to deteriorate post presidency, with the latest barbs being thrown by Trump, who called the senator an “Old Crow” in a statement over McConnell’s support of Joe Biden’s $1.2 trillion infrastructure bill.

Trump is mad at Senate Minority Leader McConnell for voting for the infrastructure bill — something Trump failed to pass himself when he was president.

McConnell was one of 19 Republican senators who voted for the legislation — which will go toward transportation, broadband expansion and more — back in August. (Kentucky’s other senator, Rand Paul, voted against it, as did all other GOP congress members in our state’s delegation.)

While some Republican lawmakers have tried to stay close to Trump in the aftermath of the election, McConnell has not made as much of an effort. After the Jan. 6 Capitol riot, McConnell blamed Trump for what happened. In fact, media reports say that McConnell sought to disinvite Trump from Biden’s inauguration because of the insurrection, according to an upcoming book by ABC News reporter Jonathan Karl.

After McConnell said during an interview with WHAS radio last week that he would not be attending the bipartisan signing ceremony for Biden’s bill, which happened today, Trump released a statement blasting the Kentucky senator.

“Mitch McConnell has stated that he will not go to the signing of the ‘Non-Infrastructure’ Bill (only 11% for real Infrastructure) or, as it is sometimes called, the Elect Democrats in 2022/24 Act. It gives Biden and the Democrats a victory just as they were falling off the cliff,” Trump said. “Based on the fact that the Old Crow convinced many Republican Senators to vote for the Bill, greatly jeopardizing their chance of winning re-election, and that he led the way, he should go to the signing and put up with the scorn from Great Republican Patriots that are already lambasting him.”

And yet, McConnell has said, as early as this past February, that he would support Trump if he were to be the Republican nominee in 2024.

McConnell told WHAS that he had other things to do today in lieu of going to Biden’s bill signing. But, he has repeatedly praised it since its passing, calling it a “godsend” for the state in a stop last week at the massive AppHarvest greenhouse in Morehead, Kentucky. Biden also gave McConnell a shoutout during the signing ceremony, thanking him for voting for the bill.

One of the most significant possibilities for Kentucky to come from the infrastructure bill is a solution to the Brent Spence Bridge problem. This old bridge connects Kentucky to Ohio in the Cincinnati area.