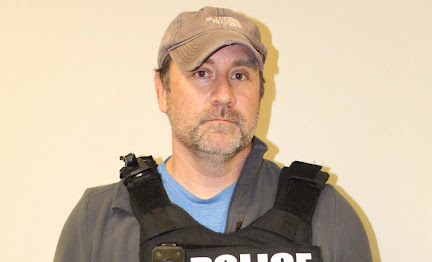 Former LMPD Chief Yvette Gentry defended her decision to fire Detective Myles Cosgrove on Wednesday, saying she had “no faith” in keeping him on the force after his actions during the raid that killed Breonna Taylor.

While testifying before the Louisville Police Merit Board at a hearing in which Cosgrove appealed his termination, Gentry said there was no additional training that could have remedied the way he behaved as an experienced officer.

“It was tough that I took his job,” Gentry said. “But he can get another job and he can go work somewhere else. But I had to take into consideration putting him back out there in a situation that tomorrow could be very similar.”

Gentry fired Cosgrove in January for failing to “properly identify a target” in the raid that killed Taylor. Cosgrove fired 16 of the 32 shots fired in the incident, including the round that was determined to have killed Taylor.

On Wednesday, Gentry highlighted Cosgrove’s statements to an LMPD investigator in March of last year in which he talked about seeing “blinding, vivid white light and blackness at the same time” while simultaneously not being able to hear anything after the door to Taylor’s apartment opened.

“If you’re not seeing, and you’re not hearing, you don’t shoot,” she said.

The former chief contrasted Cosgrove’s actions with those of Sgt. Jonathan Mattingly, who fired six rounds after being shot in the leg as the door of the apartment was breached. In statements after the shooting, Mattingly was able to describe a person aiming a weapon at him with another person standing next to them. Meanwhile, Cosgrove described darkness, flashing lights and a “shadowy figure” — none of which convinced Gentry that Cosgrove had identified a target.

Mattingly, unlike Cosgrove, was not fired from LMPD. He retired earlier this year.

“We teach and reinforce that you are responsible for every round,” said Gentry. “When you use deadly force you have to tell us why you saw the imminent threat, what the threat was, what you were responding to, at what point did you assess and reassess and feel like it was safe to fire your weapon.”

Cosgrove’s attorney, Scott Miller, has said that his client “acted reasonably” in making a split-second decision to fire.

Months after the shooting, Gentry said, Cosgrove was still saying he fired four times when he actually fired 16 times — and that inability to admit or remember firing those additional 12 rounds also degraded her confidence that he could stay on the force.

Gentry said LMPD officers undergo firearms training that simulates stressful situations by using flashing lights and having officers run first to get their heart rate up.

“They started to introduce these things to make sure that officers knew that despite all the things going on around them, despite your heart rate being up, and all those things, that when you pull out your gun and you decide to use deadly force, you’re still responsible for making sure you identify a target that poses a threat to you and that you’re responsible for every round,” she said.

Cosgrove’s hearing is set to resume next month.