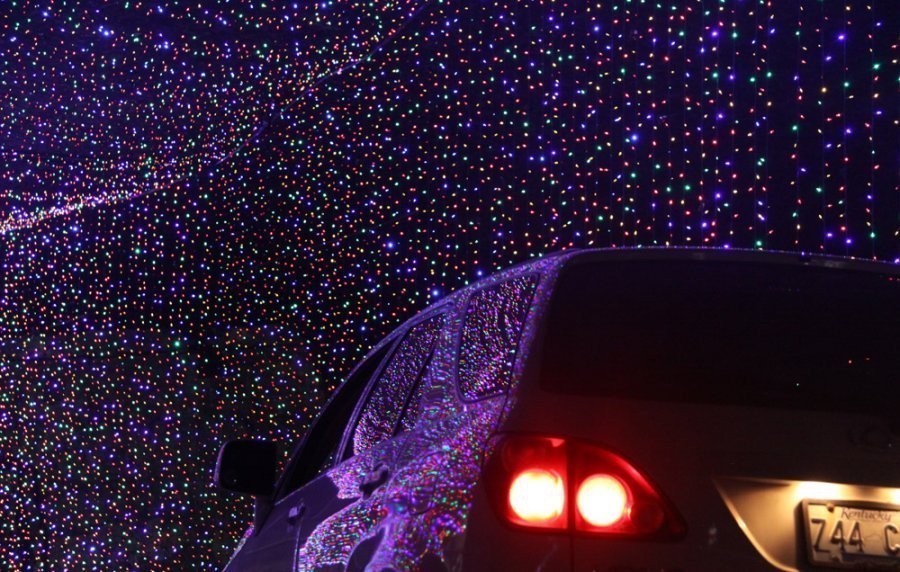 Lights under Louisville at Louisville Mega Cavern is coming back for another season of beautiful light displays, projections and fun, familiar characters.

The event begins this Friday, Nov. 12 and goes until Jan. 2. It has become one of the most adored holiday season events and one that allows visitors to remain safely in their own vehicles. This year, tickets need to be pre-ordered, and they will be scanned through the car windows upon entry.

“Built over eight weeks, this will be the largest Lights Under Louisville experience, ever,” said Louisville Mega Cavern Executive Vice President Charles Park in a press release. “We have the wonderful privilege of partnering with Fifth Third Bank to showcase the experience. We look forward to welcoming visitors this holiday season.”

Lights under Louisville will feature over 40 themed displays, 10 projection maps, 900 lit characters and over 4 million points of light. The Lights Under Louisville is a special 25-minute trip through one mile of the cavern passageway. In addition to the usual ride through the cavern, Louisville Mega Cavern is offering open-air tram rides through the experience on the Christmas Express.

“Visitors interested in the holiday fun may visit www.lightsunderlouisville.com to purchase passes, beginning at $32.99 per vehicle. Guests can skip the waiting to see Lights Under Louisville even sooner with a Priority Pass. Priority Passes must be purchased by 2:00 pm on the date of attendance. All passes must be purchased online in-advance as cash will not be accepted. Guests can find additional information and answers to frequently asked questions at www.lightsunderlouisville.com.”