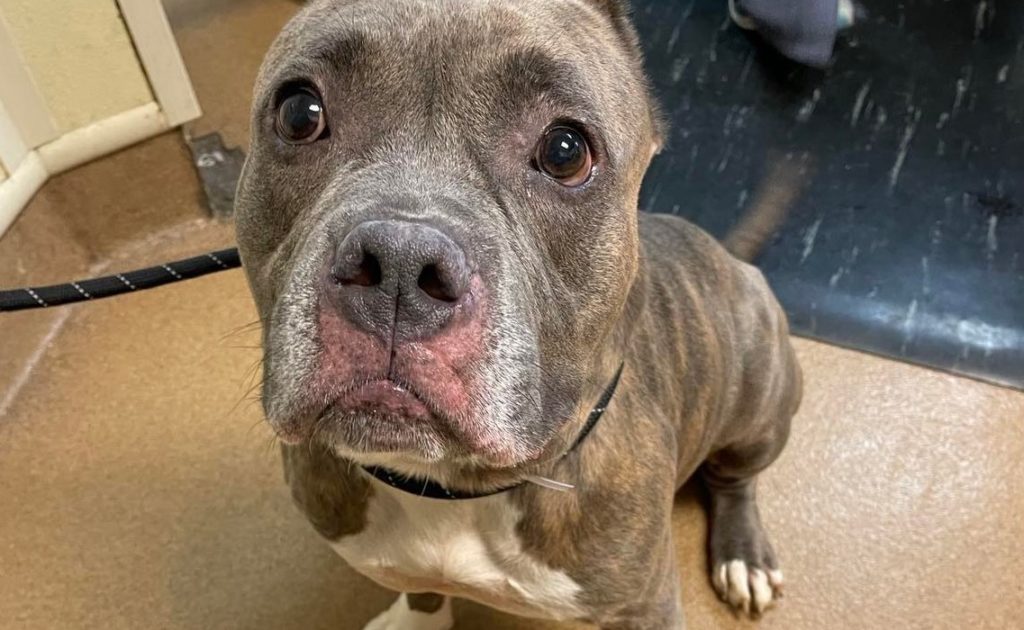 Yesterday, the Kentucky Humane Society announced on Facebook that they had taken in 15 dogs, all of whom were victims of abuse and neglect.

The group of dogs included both adult dogs and puppies.

Ten of them came from a breeding mill in Seymour, Iowa, where breeder Daniel Gingerich racked up at least 100 citations in six months after inspectors found dogs severely emaciated, overheated, without water and dead on his property, amongst other charges. (A judge recently banned Gingerich from selling any more dogs, and 500 of them have been given to animal welfare charities to be re-homed.)

The remaining five came from a “failed animal shelter” in Arkansas, the Humane Society of the Delta, whose director, Reta Merritt Roberts, was arrested earlier this year with an eye-popping 285 counts of felony animal cruelty for conditions at her facility.

Before their transfer to the Kentucky Humane Society, all 15 of the dogs were housed at the Animal Rescue Corps Rescue Operation Shelter in Lebanon, Tennessee.

The dogs are now safe in Louisville under the Kentucky  Humane Society’s care. Medical professionals are in the process of assessing them before they can be cleared for adoption.