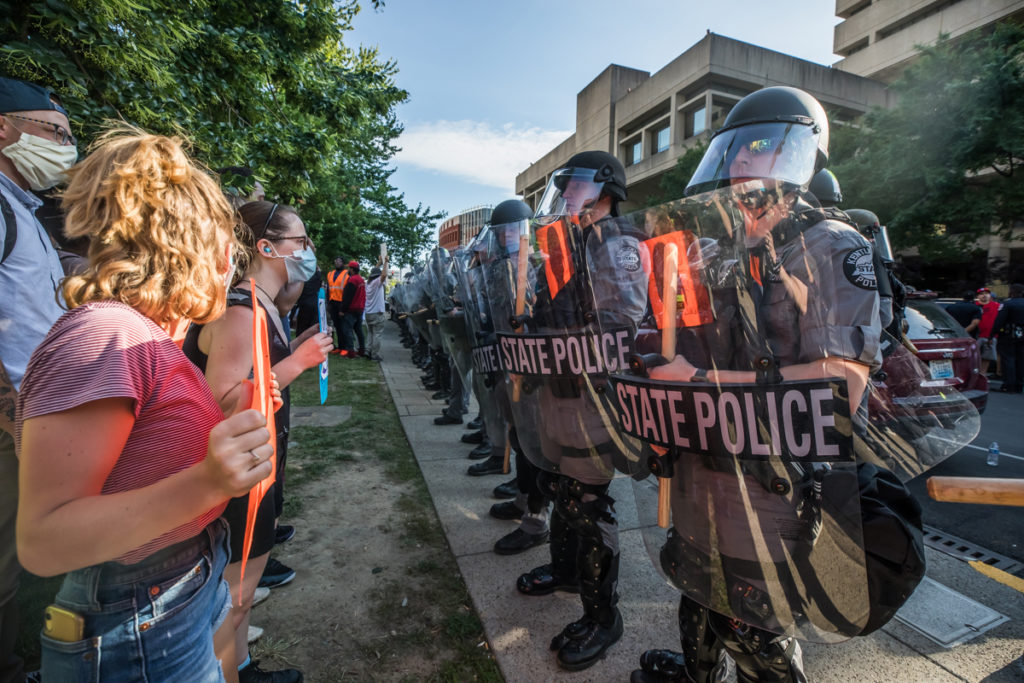 Gov. Andy Beshear wants to pump the Kentucky State Police with funding in the state’s next budget, for pay raises and body and vehicle cameras.

“My administration’s top priority is to protect our Kentucky families and communities,” said Beshear in a statement on Tuesday, Nov. 9. “And today I am announcing that my next recommended budget will make historic investments in law enforcement, so that the commonwealth can become a true leader in improving public safety.”

Beshear wants to direct $12.2 million to equip 650 troopers and officers with an integrated video recording system, which includes a body camera and an in-car camera that will capture “synchronized video from multiple vantage points.”

In Kentucky, state troopers have shot and killed at least 41 people from 2015 to 2020, 33 of them in rural areas, according to reporting by the Kentucky Center for Investigative Reporting that was also published in LEO.

Beshear is also interested in raising the starting pay for KSP officers, from $40,000 a year to $55,000. Current police officers would receive the pay raise, as well as new recruits. The governor said that Kentucky state law enforcement are paid the least out of state police agencies in seven neighboring states.

A raise is suggested for KSP dispatchers, too, from $24,000 to $32,000. Beshear said the average turnover rate for these employees over the past five years has been 23%.

Finally, Beshear is still advocating for $400 million in American Rescue Plan dollars to be directed to bonuses for essential workers in Kentucky, which would also likely include law enforcement. The governor asked the Republican-controlled legislature to form a working group to discuss the raises but they declined, saying they could work on the issue during their interim joint committee meetings.