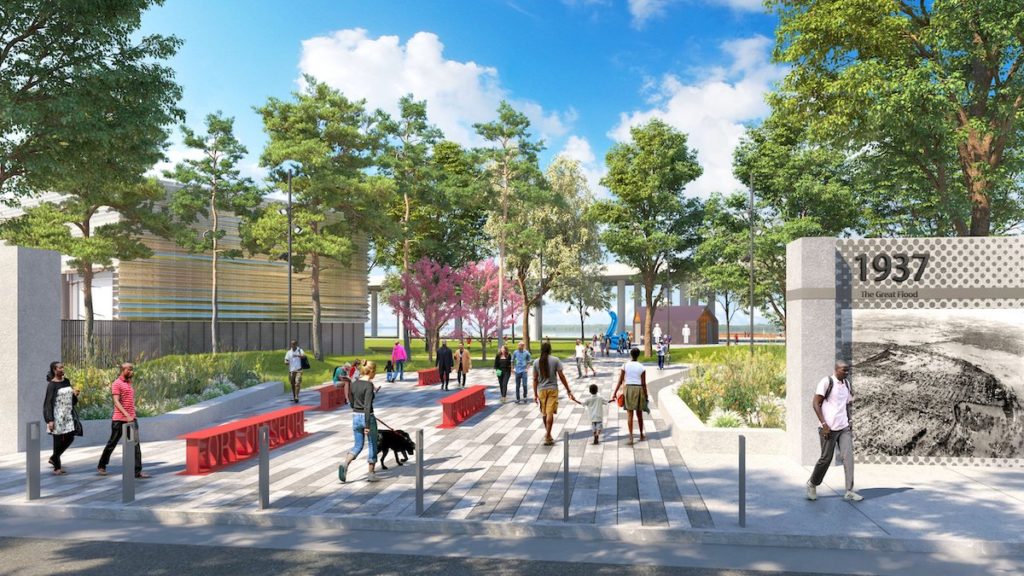 A rendering of what Phase IV of Waterfront Park could look like.Via Waterfront Development Corp.

Gov. Andy Beshear wants to give Louisville $10 million so that it can finally build a West End expansion of Waterfront Park.

Beshear’s proposed appropriation would be doled out over a two year time period through the state budget, which will need approval by the Kentucky General Assembly.

His proposal would make a project possible that officials called long overdue at a press conference on Tuesday.

The Waterfront Development Corp. wants to expand Waterfront Park by 22 acres from 10th to 14th streets, adding plazas, gardens, an observation pier for events and an “experience-driven learning area” developed with the help of the Kentucky Science Center.

It will cost $50 million total to build out phase four of Waterfront Park. Metro Government has already allocated millions of dollars. Private funders have helped, too — and the Waterfront Development Corp. wants to continue to collect these types of donations.

Council member Jecorey Arthur was one of the officials calling the Waterfront Park expansion long overdue.

The first phase of Waterfront Park was completed in 1999.